Girl, five, dies from a rare heart condition four days after she was diagnosed with a stomach bug by her GP

A five-year-old girl died from a rare heart condition just days after a GP diagnosed her with a nasty stomach bug.

Kaysiah Williams woke up on June 1 last year screaming in pain. She was also cold, struggling to breathe, and had thrown up twice.

Her mother – heavily pregnant at the time – called 999 to ask for an ambulance to whisk her poorly daughter away.

The call handler referred her on to the NHS 111 service, which told her it wasn’t an emergency but that Kaysiah should be taken to hospital. 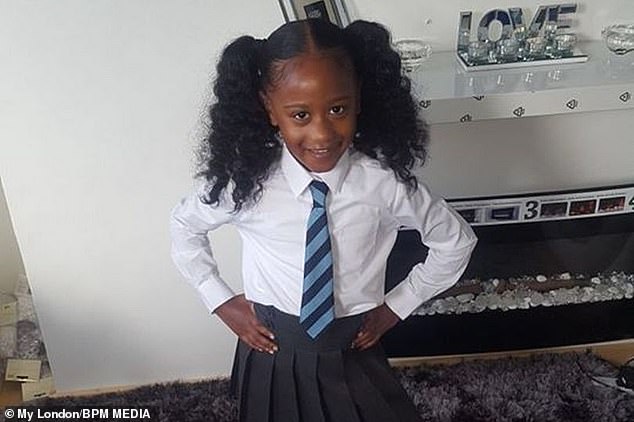 Kaysiah Williams woke up on June 1 last year screaming in pain. She was also cold, struggling to breathe, and had thrown up twice

Kaysiah died little more than an hour after she reached Evelina Children’s Hospital in London.

The coroner investigating her death ruled she died of myocarditis – inflammation of the heart – and a strep infection.

Kaysiah’s grandmother is furious that an ambulance wasn’t sent to take her from her home in Wandsworth to hospital.

However, the coroner concluded at the inquest that the 999 call handler had dealt with the call ‘appropriately based on the information’.

But they did note how her parents were not asked if they would be able to take their daughter to hospital – and the 111 operator should have sent an ambulance. 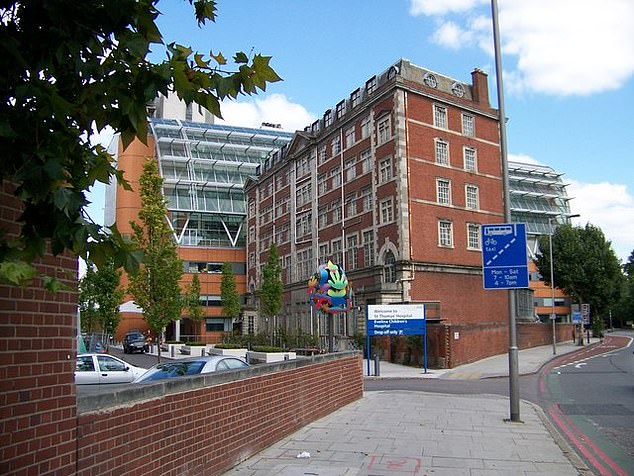 Myocarditis is an inflammation of the heart muscle. There are no specific causes of the condition but it is usually triggered by a virus.

Some of the most common infections which cause myocarditis, are those called adenovirus and Coxsackie B.

The most common symptoms of the condition include chest pain, a fever, a fast heartbeat, tiredness and shortness of breath.

If the inflammation damages the heart muscle or the fibres that conduct electrical pulses to the heart, complications can develop.

They can develop quickly, and include sudden loss of consciousness, an abnormally fast, slow or irregular heartbeat, and heart failure.

In most cases of viral myocarditis, the illness goes away and there are no complications. In very severe cases the condition is fatal.

‘[But if other parents don’t] have a car, how are they supposed to get to St Thomas’ Hospital? You have to take public transport or call a cab.’

The family battled traffic on the way to Evelina Children’s Hospital, at St Thomas’ Hospital near Waterloo. They got there at 7.22am.

She suffered a cardiac arrest – when the heart suddenly stomps pumping blood around the body – within minutes of being there.

Kaysiah was diagnosed with myocarditis – a viral infection of the heart – and died at 8.34am, in a room surrounded by a resuscitation team.

Coroner Caroline Cross ruled it was possible Kaysiah may have also had mesenteric lymphadenitis, which can cause stomach pain.

Ms Cross told the inquest that Vocare, the company which operated the 111 service, ‘should have sent a category two ambulance’.

However, Ms Cross ruled there was ‘no evidence to suggest a different outcome’ had that happened.

She added the treatment Kaysiah received at Evelina was also ‘appropriate’ and commended her parents as behaving ‘entirely appropriately’.

A paediatrician at Evelina told the inquest at Inner South London Coroner’s Court how she was called that morning about a ‘very sick child’.

Dr Dani Hall revealed Kaysiah was suffering from myocarditis, a rare condition which affects only one in 100,000 children.

She said only around 20 per cent of sufferers complain of abdomen pain, making Kaysiah’s illness more like a ‘one in 500,000’ case.

Since taking up her position in 2004, Dr Hall said it was first case of myocarditis she had encountered.

Kaysiah was seen by GP Dr Neel Basudev after her first complaint of stomach pain, just four days before her eventual death.

Dr Basudev examined her abdomen, heard her symptoms and diagnosed her with viral gastroenteritis, which can cause vomiting and stomach pain.

He advised the standard treatment for the illness, telling Kaysiah’s parents to make sure she was kept hydrated and given Calpol.

Dr Basudev told the inquest providing antibiotics at the stage he saw Kaysiah would not have made a difference.

He said the drugs would not have treated the viral infection – antibiotics only work against bacteria, not viruses.

Heart attack symptoms: Is your toothache a sign of the deadly condition?