Four ways Christmas can be good for you: Mulled wine for your heart, carols for your lungs and more benefits of the holiday spirit

The holiday season has always gotten a bad rap when it comes to health.

The stress and expense of buying presents can be hard on your tired psyche, and the never-ending food and booze at work parties might mess with your digestive system.

But don’t forget that the ‘most wonderful time of the year’ actually comes with several hidden health benefits.

In fact, Christmas can be packed with antioxidants, good exercise for the lungs and can even help lengthen your lifespan – if you’re partaking in these four festive activities. 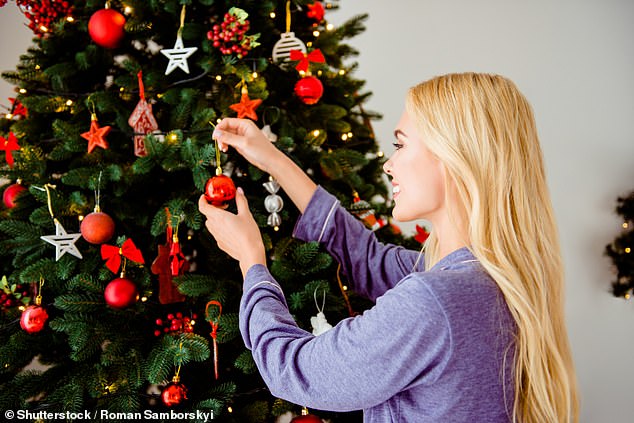 The holiday season has always gotten a rap when it comes to health due to the stress and expense of buying presents and the ever-ending food and booze at holiday parties. But Christmas actually comes with several hidden health benefits

1. DRINK MULLED WINE AND BE MERRY – BECAUSE ITS ANTIOXIDANTS ARE GOOD FOR YOUR HEART

Mulled wine, a popular Christmas beverage, is traditionally served hot and made from red wine, citrus fruits like oranges, and mulling spices including cinnamon, nutmeg and star of anise.

Red wine has an antioxidant known as resveratrol. Found in grape skin, resveratrol has been found to reduce the risk of cancer and heart disease as well as suppress inflammation and blood clots.

They are also packed with several other unsung nutrients including potassium, folate and calcium.

And fragrant spices used in mulled wine aren’t just good for your nose and taste bud; studies have shown that cinnamon, for example, contains anti-inflammatory properties, which can help your body fight infections and repair damage to body tissue.

Nutmeg, meanwhile, has been found to aid digestion as well as reduce bloating, gas and diarrhea. 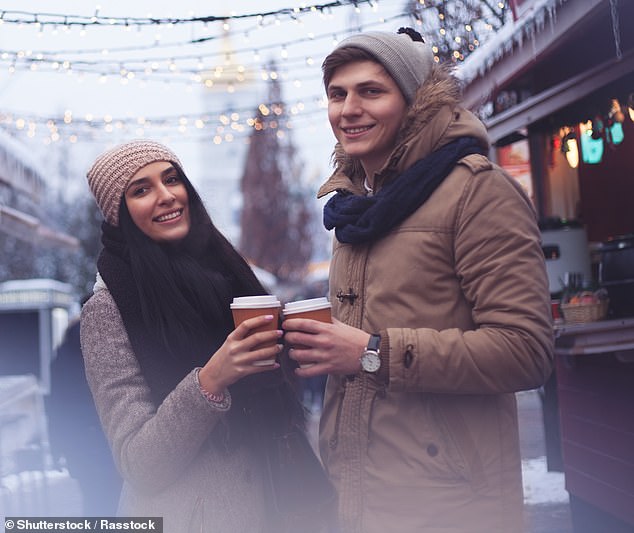 The red wine in mulled wine contains an antioxidant known as resveratrol, which has been found to reduce the risk of cancer and heart disease as well as suppress inflammation and blood clots

2. GIVING GIFTS ACTIVATES REGIONS OF YOUR BRAIN ASSOCIATED WITH PLEASURE

That warm sensation you get when you give a gift doesn’t just make you feel good – it is actually good for your mind and body.

A 2006 study funded by the National Institutes of Health found when people thought about donating money to charity, it activated regions of their brain linked to pleasure – which also responds to stimuli including food and sex.

Giving food, toys, clothing or even your time to those less fortunate can also extend your lifespan.

A 2013 study from Carnegie Mellon University in New York City further proved this by studying the effects of volunteering.

Researchers discovered adults aged 50 or older who volunteered regularly had lower blood pressure levels than those who didn’t volunteer.

Scientists at University of California, Berkeley, also found in a 2007 study that people aged 55 or older who volunteered for two or more organizations decreased their risk of dying over the next five year by 44 percent.

3. PUTTING UP CHRISTMAS DECORATIONS CAN HELP US MAKE FRIENDS

Psychologist Deborah Serani told TODAY Home that decorating for Christmas causes a spike in dopamine, a hormone that plays a role in our sense of reward.

‘I think anything that takes us out of our normal habituation, the normal day in, day out…signals our senses, and then our senses measure if it’s pleasing or not,’ she said.

Putting up your decorations could also help you make friends with your neighbors.

A study published in the Journal of Environmental Psychology found that people displaying Christmas decor are viewed as more friendly and sociable.

‘Residents who decorate for Christmas but who have few friends on the block may be using the decorations and other cues as a way of communicating their accessibility to neighbors,’ the authors wrote. 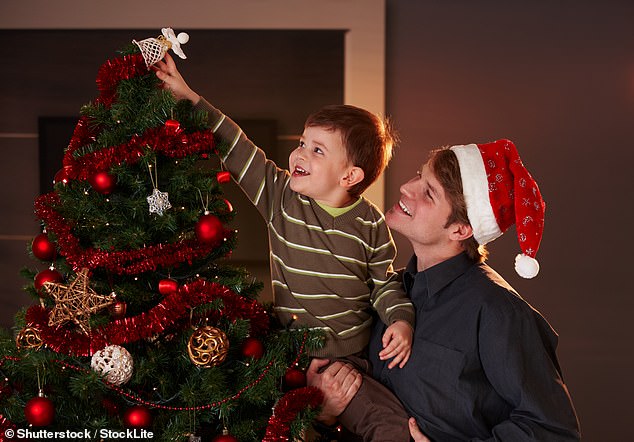 Last month, psychologists told DailyMail.com that listening to Christmas music too early could be bad for your health by triggering stress over pressure to buy and spend.

However, now that the season is upon us, belting out your favorite carols can actually improve your health.

A 2017 study from the University of Limerick in Ireland of nearly 1,800 choir members found that choral singing had several benefits, including a social connection and cognitive stimulation.

And, according to the British Lung Foundation, singing can also increase your lung capacity and strengthen muscles to give you more controlled breathing.

‘Patients consistently report singing for breathing helps them cope with their lung condition better,’ said Dr Nicholas Hopkinson, then-medical adviser to the foundation, who led the review of four studies in 2016.

The British charity even named the top five carols for improving lung health because the range is not difficult and they require singers to pause for breath between each line.

So for healthy lungs, make sure you croon to: Let it Snow, Silent Night, When A Child Is Born, White Christmas and Winter Wonderland. 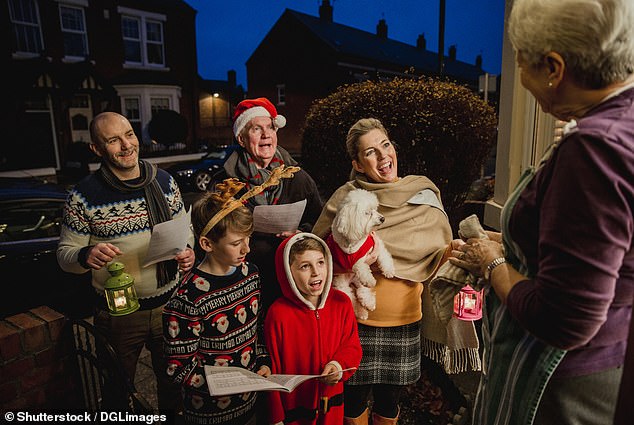 Singing carols can increase your lung capacity and strengthen muscles to give you more controlled breathing, according to the British Lung Foundation