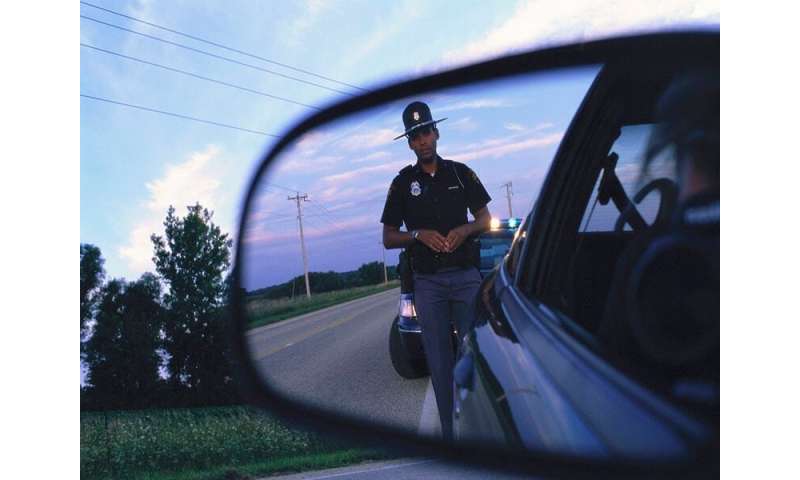 (HealthDay)—Being stopped and questioned by a police officer can be a stressful encounter for anyone, but it is especially hazardous for those with autism.

Things can go so wrong that the person with autism winds up in jail because of miscommunications and misunderstandings. Previous research has found that an estimated 1 in 5 teens with autism will be stopped and questioned by police before age 21. And people with disabilities, including autism, are five times more likely to be jailed than those without disabilities.

One child development expert laid out the scenarios that can lead to disaster during a police stop.

“If a police officer does not recognize that the driver has autism, then they may misinterpret the failure to make eye contact, answer questions appropriately, or follow simple commands,” he explained.

“If this happens, the police officer may become more wary and feel defied or threatened —- which could then lead to escalation of the situation—with greater agitation or withdrawal by an individual with ASD,” Adesman noted.

“Adolescents and adults with autism may respond inappropriately to questions or commands from a police officer or get agitated, which could then lead to a response from the police officer that could jeopardize the safety of that individual with ASD,” he added.

How virtual reality may help

A new virtual reality tool aims to change all this. Designed to help individuals with autism practice interacting with law enforcement and develop skills to smooth the process, the “police safety module” has been shown to be safe and feasible in a new study that’s the first of its kind.

“It’s critical to empower individuals to have the skills they need to be successful in this type of interaction,” explained study author Julia Parish-Morris. She’s a research assistant professor at the Center for Autism Research at Children’s Hospital of Philadelphia.

“There’s a lot of opportunity for miscommunication,” she added. “It’s important to know to keep your hands in sight and know that if you’re looking around a lot, it makes police think you want to run. There are a lot of subtle cues. It’s urgent to address teaching these skills to reduce chances of a misunderstanding.”

About 1 in 59 children in the United States has been diagnosed with autism, according to the U.S. Centers for Disease Control and Prevention. The developmental disability ranges from mild to severe and typically becomes apparent before the age of 3.

Because the study was designed to assess safety and feasibility, the researchers asked participants about side effects of using the virtual reality system. Thirteen percent experienced mild issues such as slight headache or nausea, which quickly resolved.

Nearly all participants finished the study and 80% said they’d like to use the program again. Parish-Morris said this showed the intervention is feasible in verbally fluent adolescents and adults with autism.

But Parish-Morris noted that only those with autism who can speak fluently could participate in the research. Others had to be excluded if they’d had seizures, migraine headaches or problems with vision or balance—all of which could be triggered by using a virtual reality system.

“So unfortunately, I would like to say this would work for everyone with autism, but we don’t actually think that’s the case,” she said.

Dr. Arun Karpur is director of data science and evaluation research at Autism Speaks, an advocacy organization based in New York City. He noted that virtual reality is emerging as a technique to help improve social and communication skills of those with ASD.

This police safety intervention offers “a real opportunity to actually interact in an environment that allows individuals with ASD to modify [their responses] and also look at scenarios that are closer to real life,” Karpur said. “In that sense, this is exciting research, and overall, virtual reality has a lot of promise.”

Karpur and Parish-Morris agreed that police officers aren’t always well-trained in interacting with people with autism.

But “all of us need to have better understanding of the needs of those with ASD and be responsive to those needs,” Karpur said.

“Because there have been tragic consequences for individuals with ASD from what initiated as a relatively benign traffic stop, greater attention is now being paid to this potentially dangerous dynamic and police officers are more commonly being trained for this situation,” he said.

“This problem is being addressed in different ways. In many communities, police officers and other first responders receive special training in terms of recognizing signs of ASD and how to interact with affected individuals,” Adesman noted. “At the same time, some states and municipalities are providing identification cards to individuals with ASD that these can be handed pre-emptively to a police officer if stopped and questioned.”

Parish-Morris said upcoming research will test whether the virtual reality police safety module improves real-world skills linked with safe police interactions. If continued testing proves successful, the program eventually could be made widely available as a smartphone app, she added.