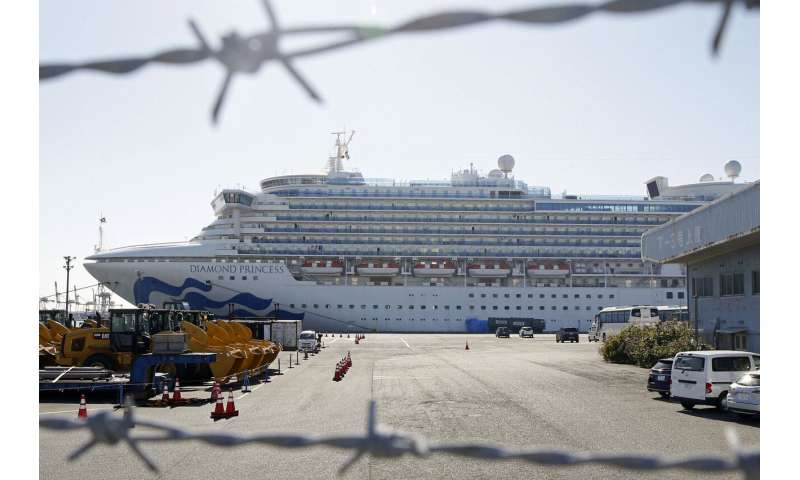 A Russian woman aboard the quarantined Diamond Princess cruise ship in Japan has become the first Russian citizen to be diagnosed with COVID-19, Russia said Monday.

The woman on the ship will be transferred to a hospital and receive treatment, the Russian Embassy in Japan said in its Facebook posting. It wasn’t immediately clear whether that would be in Russia or Japan.

The virus, which emerged in central China in December, has infected 454 people on that particular cruise ship. Globally, the virus has infected more than 71,000 people, killing 1,770 patients in mainland China and five others elsewhere. China has instituted strict lockdown measures on over 60 million people in central Hubei province.

In January, Russia reported two confirmed cases of COVID-19 and hospitalized two Chinese citizens, who have since recovered.

Since the start of the coronavirus outbreak, the Russian government has halted most of its air traffic to China. All trains connecting Russia to China and North Korea have been suspended and the Russian land border with China and Mongolia is closed.

Moscow has temporarily stopped issuing work visas to Chinese citizens and Chinese students who had left for the Lunar New Year vacation have been asked not to resume their studies in Russian universities until March 1.