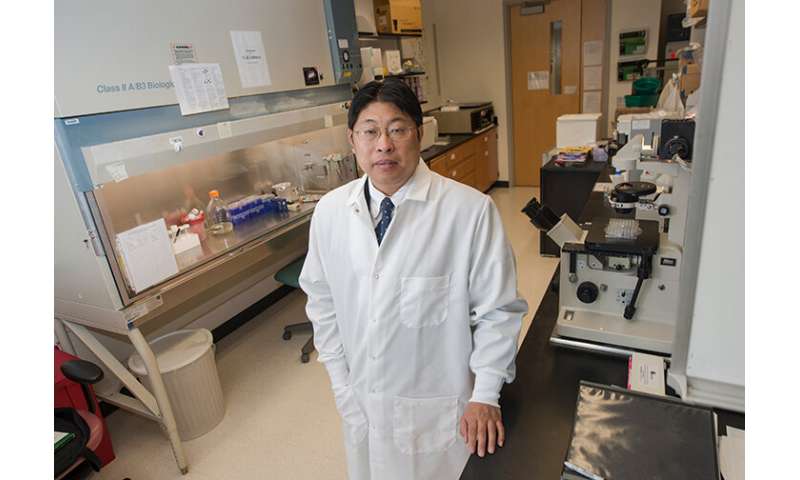 George Mason University’s Yuntao Wu is the lead scientist on a research team that has identified a measurable indicator that could prove instrumental in the fight against HIV.

The research focuses on cofilin, a key protein that regulates cells to mobilize and fight against infection.

In an HIV-infected patient, cofilin dysfunction is a key factor in helper T cell defects, according to the research recently published in the journal Science Advances. Helper T cells augment the body’s immune response by recognizing the presence of a foreign antigen and then helping the immune system mount a response.

“When you have an infection, you need to mobilize the T cells,” said Wu, a College of Science professor of Molecular and Microbiology within Mason’s School of Systems Biology and National Center for Biodefense and Infectious Diseases. “In HIV infection, there is a profound depletion of helper T cells in lymphoid tissues, such as those in the gut.”

Antiretroviral therapy has significantly increased the lifespan of HIV-infected people, although it offers neither a cure nor a full restoration of the body’s immune system, he said. The natural course of the HIV infection leads to multiple immune defects, including the impairment of T cell migration, according to the research team.

Wu and his team found that patients with HIV have “significantly lower” levels of cofilin phosphorylation—which provides a control of cofilin’s activity with the addition of a phosphate—than healthy patients. Cofilin is a key protein that helps cells generate the driving force for migration. Proper cofilin phosphorylation is needed for cells to move in and out of tissues.

Their findings suggest that a lasting immune control to HIV isn’t likely to come from antiretroviral therapy alone because it is not sufficient to repair the cofilin damage caused by HIV and to restore normal T cell migration in and out of tissues.

But the researchers found that by stimulating the T cells with additional therapeutics, such as the α4β7 integrin antibody, they could modulate the levels of cofilin activity needed to restore T cell mobility. The remedy has shown lasting effects in immune control of simian immunodeficiency virus (SIV), the simian form of the AIDS virus, in a monkey trial, but it has not showed the same results in HIV-infected human patients.