A super-fit father revealed he ‘died’ for six minutes when he went into cardiac arrest while playing football with his son.

Andrew Barnett, 45, said he ‘shut down like a car engine being turned off’ in front of his son, Seb, seven, on December 19 last year.

Staff at Eastern Leisure Centre in Llanrumney, Cardiff were able to save his life by rushing over with a defibrillator.

Mr Barnett stayed in hospital for two weeks, and when he woke up, had no memory of the six days prior to the collapse.

Doctors are now doing tests to figure out if Mr Barnett has a heart condition which showed no symptoms before triggering his cardiac arrest.

They believe he may have ventricular fibrillation, a heart rhythm problem that occurs when the heart beats with rapid, erratic electrical impulses. 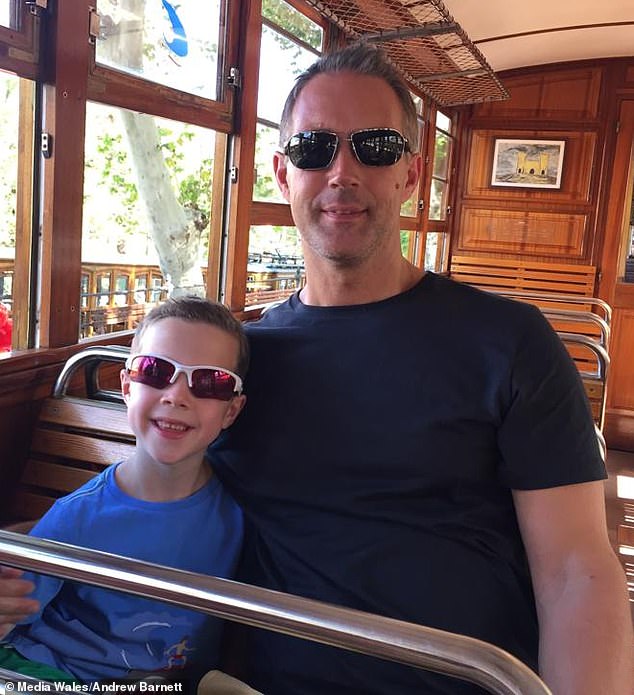 Andrew Barnett, 45, was playing football with his son, Seb, seven, on December 19, 2018, when he went into cardiac arrest for six minutes 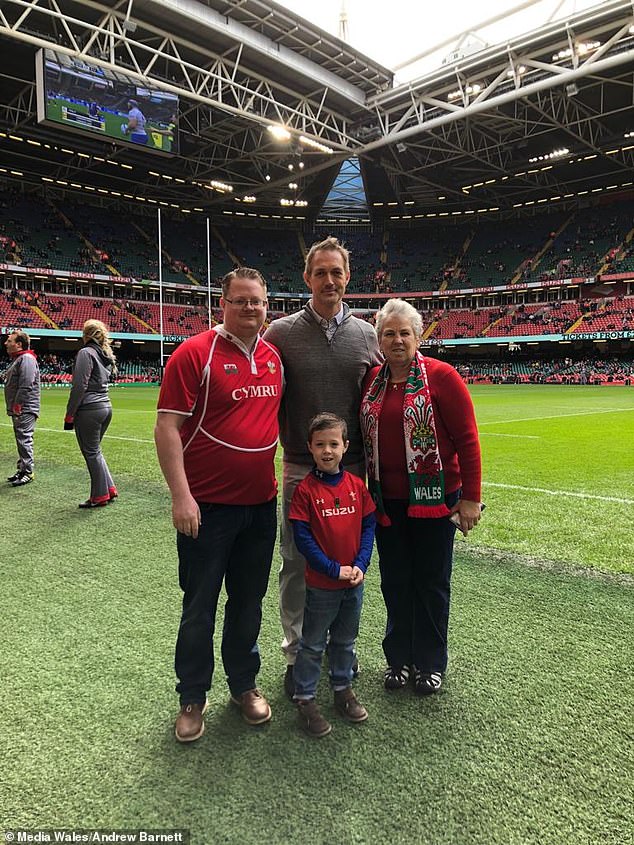 After his collapse, staff at Eastern Leisure Centre in Llanrumney, Cardiff, ran to his side with a defribrillator ‘on instinct’. Mr Barnett took the staff, Ben and Shelia, pictured, to the Wales’ Grand Slam win against Ireland to thank them

Mr Barnett told Wales Online: ‘I was on the half way line and I just face-planted.

‘When it happens your just go, it is not gradual. You literally shut down like a car engine being turned off.

‘There were no signs, if there was I would have gone to the doctor.’

Mr Barnett describes himself as ‘fit as a fiddle’, considering he trains five times a week, swimming and lifting weights.

When he woke up in University Hospital of Wales, he was shocked to hear of his brush with death.

After his collapse, leisure centre boss Ben Clarke ran to his side with a defibrillator ‘on instinct’.

He said: ‘As soon as I got out there I could see he was off colour straight away – he was clearly gone.

‘It was just before Christmas as well and I was just thinking of his family.’

Swimming instructor Shelia, whose surname is unknown, applied the device to his chest at which point the alarm was raised.

It is not clear how long it took for Mr Barnett to reach hospital.

Mr Barnett, who works for sports brand Under Armour, said he can’t remember anything about the event. 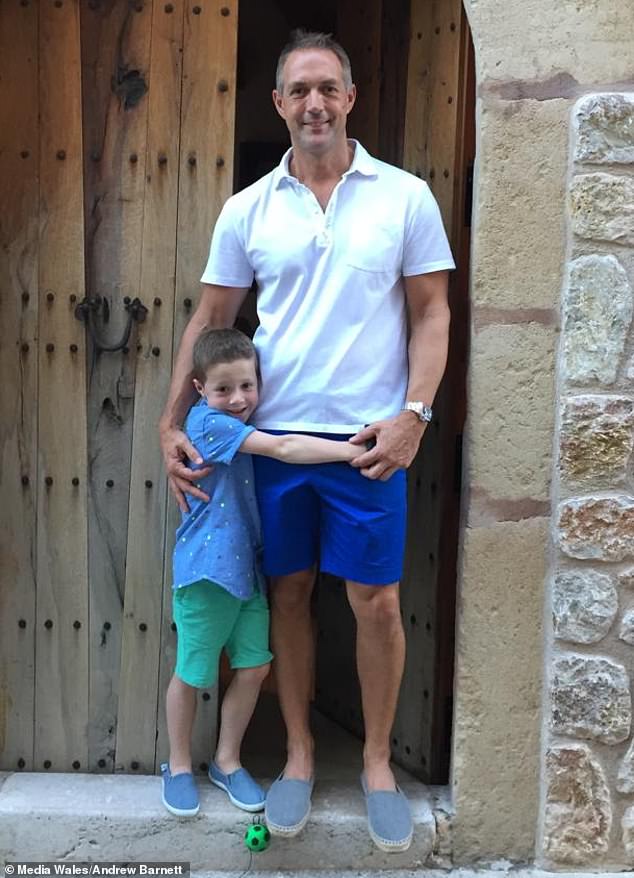 Mr Barnett describes himself as ‘fit as a fiddle’ considering he trains five times a week, swimming and lifting weights, therefore was shocked to wake up in hospital. Pictured, before 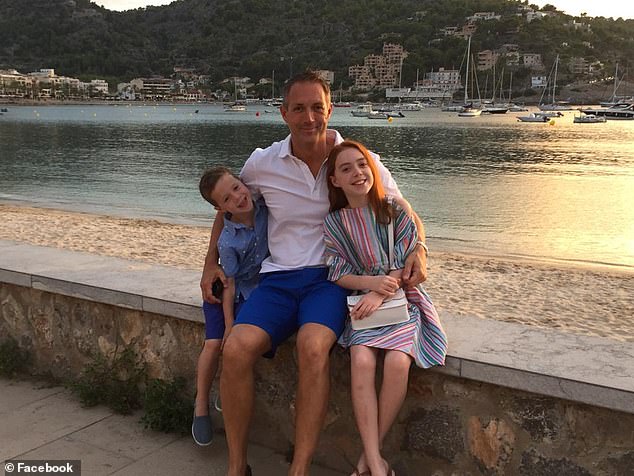 Mr Barnett, pictured with his son and daughter, Lois, said he has a memory blank in the six days leading up to the event

The last thing he remembers is a Christmas party six days before, with a blank period between.

He was in hospital until January 3 before returning home, and since, doctors have put the father through tests to confirm if he has ventricular fibrillation.

To show his thanks for the staff that saved his life, Mr Barnett took them to watch the Wales’ Grand Slam win against Ireland from a box.

Mr Clarke said: ‘Looking back, Andrew’s collapse seems so surreal. My wife keeps saying to me “you saved someone’s life”. It is a weird feeling.’

More than two million people in the UK have a faulty heartbeat, or arrhythmia. Unfortunately, up to half-a-million go undiagnosed as their condition hasn’t been spotted.

It is estimated that at least 12 young people aged under 35 die every week from an undiagnosed heart condition.

Sudden cardiac death is the largest cause of natural death in the US, causing about 325,000 adult deaths each year.

CRY holds ECG screening clinics for those aged 14 to 35 at a number of established locations around the UK including London. To book, visit here.

WHAT IS CARDIAC ARREST?

The most common cause of a cardiac arrest is a life threatening abnormal heart rhythm called ventricular fibrillation (VF).

Ventricular fibrillation happens when the electrical activity of your heart becomes so chaotic that the heart stops pumping and quivers or ‘fibrillates’ instead.

Unless immediately treated by CPR this always leads to death within minutes.

It is possible to survive and recover from a cardiac arrest, with the right treatment.

Ventrivular fibrillation – which causes an arrest – can sometimes be corrected by giving an electric shock through the chest wall, by using a device called a defibrillator.