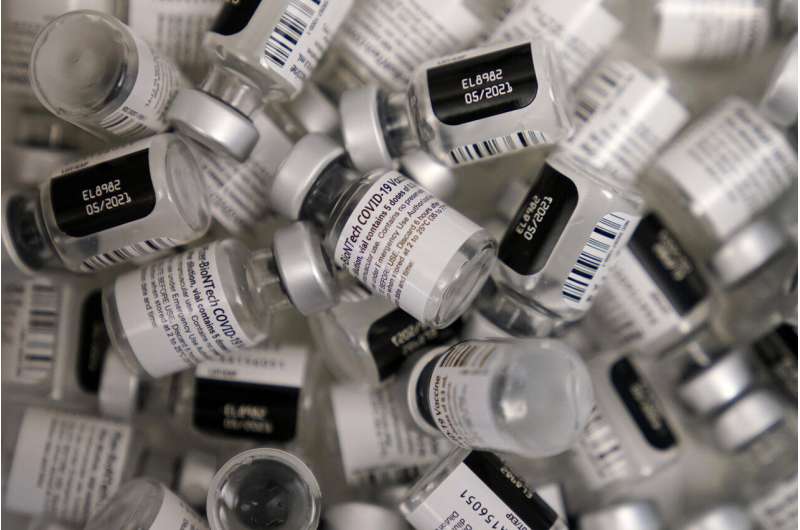 With demand for COVID-19 vaccines outpacing the world’s supplies, a frustrated public and policymakers want to know: How can we get more? A lot more. Right away.

The problem: “It’s not like adding more water to the soup,” said vaccine specialist Maria Elena Bottazzi of Baylor College of Medicine.

Makers of COVID-19 vaccines need everything to go right as they scale up production to hundreds of millions of doses—and any little hiccup could cause a delay. Some of their ingredients have never before been produced at the sheer volume needed.

And seemingly simple suggestions that other factories switch to brewing new kinds of vaccines can’t happen overnight. Just this week, French drugmaker Sanofi took the unusual step of announcing it would help bottle and package some vaccine produced by competitor Pfizer and its German partner BioNTech. But those doses won’t start arriving until summer—and Sanofi has the space in a factory in Germany only because its own vaccine is delayed, bad news for the world’s overall supply.

“We think, well, OK, it’s like men’s shirts, right, I’ll just have another place to make it,” said Dr. Paul Offit of Children’s Hospital of Philadelphia, a vaccine adviser to the U.S. government. “It’s just not that easy.”

The multiple types of COVID-19 vaccines being used in different countries all train the body to recognize the new coronavirus, mostly the spike protein that coats it. But they require different technologies, raw materials, equipment and expertise to do so.

The two vaccines authorized in the U.S so far, from Pfizer and Moderna, are made by putting a piece of genetic code called mRNA—the instructions for that spike protein—inside a little ball of fat.

Making small amounts of mRNA in a research lab is easy but “prior to this, nobody made a billion doses or 100 million or even a million doses of mRNA,” said Dr. Drew Weissman of the University of Pennsylvania, who helped pioneer mRNA technology.

AstraZeneca’s vaccine, already used in Britain and several other countries, and one expected soon from Johnson & Johnson, are made with a cold virus that sneaks the spike protein gene into the body. It’s a very different form of manufacturing: living cells in giant bioreactors grow that cold virus, which is extracted and purified.

“If the cells get old or tired or start changing, you might get less,” Weissman said. “There’s a lot more variability and a lot more things you have to check.” 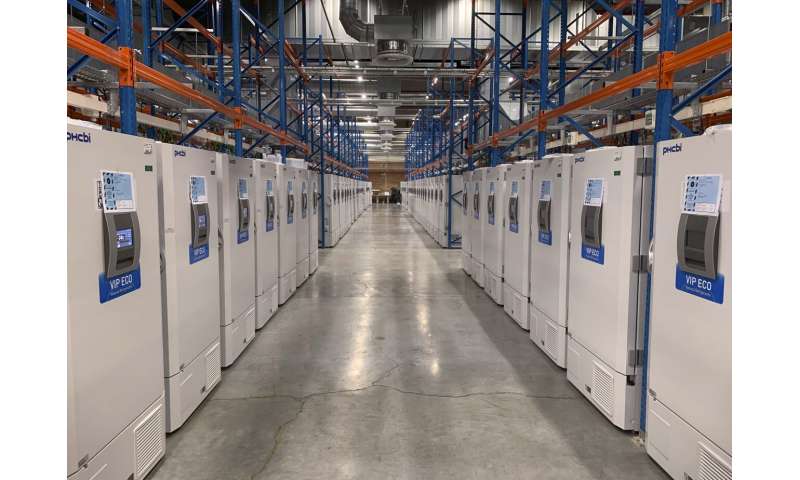 An old-fashioned variety—”inactivated” vaccines like one made by China’s Sinovac—require even more steps and stiffer biosecurity because they’re made with killed coronavirus.

One thing all vaccines have in common: They must be made under strict rules that require specially inspected facilities and frequent testing of each step, a time-consuming necessity to be confident in the quality of each batch.

WHAT ABOUT THE SUPPLY CHAIN?

Even so, a U.S. government spokesman said logistics experts are working directly with vaccine makers to anticipate and solve any bottlenecks that arise.

With shifts running 24/7, if on any given day “there’s one raw material missing, we cannot start making products and that capacity will be lost forever because we cannot make it up,” he recently told investors.

Pfizer has temporarily slowed deliveries in Europe for several weeks, so it could upgrade its factory in Belgium to handle more production.

And sometimes the batches fall short. AstraZeneca told an outraged European Union that it, too, will deliver fewer doses than originally promised right away. The reason cited: Lower than expected “yields,” or output, at some European manufacturing sites.

More than in other industries, when brewing with biological ingredients, “there are things that can go wrong and will go wrong,” said Norman Baylor, a former Food and Drug Administration vaccine chief who called yield variability common.

HOW MUCH IS ON THE WAY?

That varies by country. Moderna and Pfizer each are on track to deliver 100 million doses to the U.S. by the end of March and another 100 million in the second quarter of the year. Looking even further ahead, President Joe Biden has announced plans to buy still more over the summer, reaching enough to eventually vaccinate 300 million Americans. 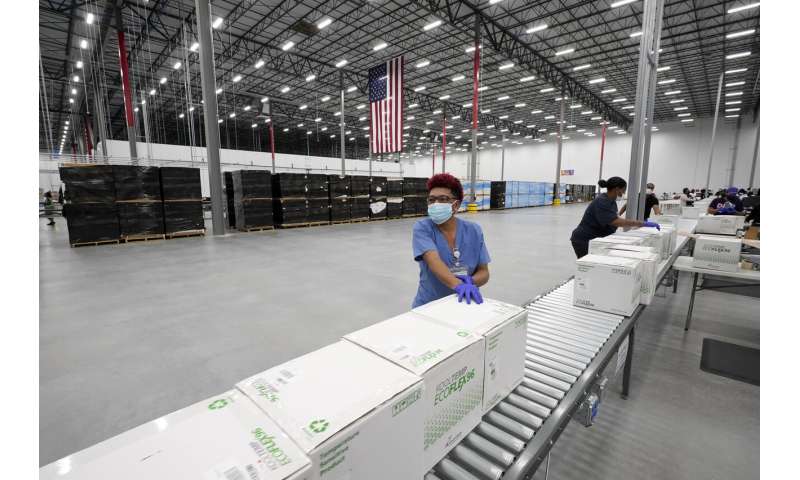 Pfizer CEO Albert Bourla told a Bloomberg conference this week that his company will actually wind up providing 120 million doses by the end of March—not by speedier production but because health workers now are allowed to squeeze an extra dose out of every vial.

But getting six doses instead of five requires using specialized syringes, and there are questions about the global supply. A Health and Human Services spokesman said the U.S. is sending kits that include the special syringes with each Pfizer shipment.

Pfizer also said it’s factory upgrade in Belgium is short-term pain for longer-term gain, as the changes will help increase worldwide production to 2 billion doses this year instead of the originally anticipated 1.3 billion.

Moderna likewise recently announced it will be able to supply 600 million doses of vaccine in 2021, up from 500 million, and that it was expanding capacity in hopes of getting to 1 billion.

But possibly the easiest way to get more doses is if other vaccines in the pipeline are proven to work. U.S. data on whether Johnson & Johnson’s one-dose shot protects is expected soon, and another company, Novavax, also is in final-stage testing.

For months, the chief vaccine companies lined up “contract manufacturers” in the U.S. and Europe to help them crank out doses and then undergo the final bottling steps. Moderna, for example, is working with Switzerland’s Lonza.

Beyond rich nations, the Serum Institute of India has a contract to manufacture a billion doses of AstraZeneca’s vaccine. It’s the world’s largest vaccine maker and is expected to be a key supplier for developing countries.

But some homegrown efforts to boost supplies appear hobbled. Two Brazilian research institutes plan to make millions of doses of the AstraZeneca and Sinovac vaccines but have been set back by unexplained delays in shipments of key ingredients from China.

And Bottazzi said the world simultaneously has to keep up production of vaccines against polio, measles, meningitis and other diseases that still threaten even in the midst of the pandemic.