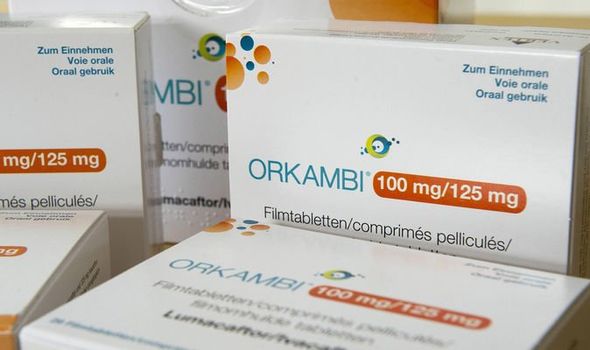 Trikafta is already dramatically boosting CF sufferers’ health in the US but the new pill is still not be licensed for use in Europe until the end of the year. There are 10,500 CF sufferers in the UK, whose genetic lung condition leaves them living in fear of the new deadly respiratory virus.

Now the CF Trust have pleaded with the European Medicines Agency (EMA) to speed up their appraisal of the drug for use in Europe – so the NHS can buy it as quickly as possible.

David Ramsden, chief executive of the CF Trust, said: “During this tragic health crisis, we must protect the most vulnerable from the virus.

“We have asked the Government and the drug company to do all they can, and are urging the EMA to play their part by fast tracking access to Trikafta.

“These drugs will be truly life-changing for up to 90 percent of people with CF. 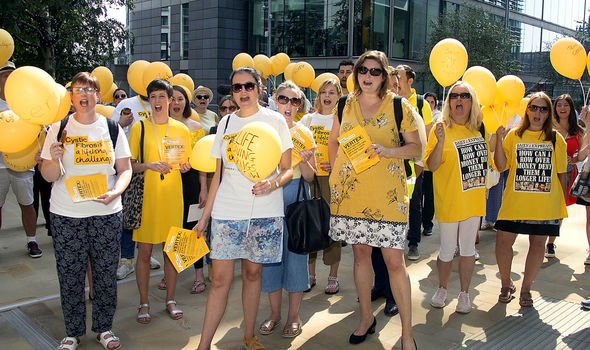 “This is even more critical now as people face disruption to their usual care, the risk of irreparable lung damage and lengthening waits for life-saving transplants.”

The Trust have written to the EMA begging for Trikafta approval on behalf of CF Europe, representing over 40,000 people with CF in 39 countries.

They wrote: “Today, the urgent need for this therapy could not be greater.

“We have seen unprecedented pressures on our healthcare systems as countries across Europe respond to the challenges of the pandemic.

“The threat of viral respiratory infections is particularly profound for people with CF, as they carry an increased risk of complications and irreversible lung damage.

“There is an opportunity for the EMA to take a leading role in supporting people with CF across Europe, through expediting market authorisation [to Trikafta].”

CF sufferers in the UK have been shielding at home from coronavirus since early March as they are so vulnerable to the respiratory virus.

But they are risking their future health as the virus is so present in UK hospitals it makes them a “no go” area for CFers.

Many CF units, due to their skill in respiratory conditions, are instead treating COVID-19 sick leaving 72 percent of CF appointments either cancelled or delayed.

CF is a cruel genetic condition with no known cure – but US firm Vertex has a series of wonder drugs to help reverse its deadly effects.

We have waged war for CF-sufferers by first winning access to two of Vertex’s drugs – Symkevi and Orkambi – then demanding a swift deal for future wonder pill Trikafta.

Health Secretary Matt Hancock has already ordered NHS drugs appraiser Nice to start assessing Trikafta so the UK is ready as it gets its EMA licence.

One sick UK patient trialling Trikafta stunned the world by revealing how it had boosted his lung function from 30 percent to a staggering 90 percent.

The drug would replace the current CF treatments as well as being more advanced and so able to help 90 percent of patients, rather than the current 50 percent.

Since Christmas we have successfully fought for many gravely-ill sufferers to access Trikafta through Vertex’s compassionate-use scheme.

That includes Nicole Adams, 28, of Belfast, who is dancing again; Darren Waite, 41, who is now able to cycle 10 miles and Michelle Bamber, 37, of Farningham, Kent, who is able to exercise in her garden.

Michelle told us: “Too many of us are declining to a dangerous place. Patients need this drug before the situation becomes life or death.”