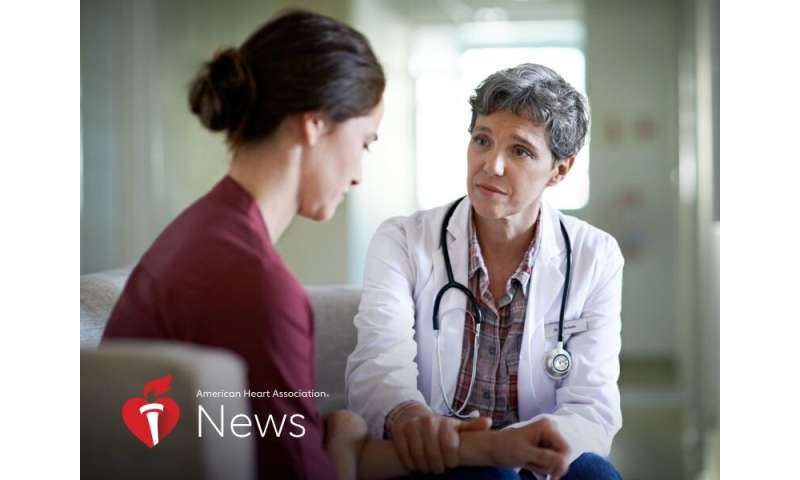 The study compared heart disease risk in white and Black women who underwent menopause before age 40 with those who started afterward. Menopause most often begins between ages 45 and 55.

Researchers followed 2,136 women for a median of 14 years after menopause began and found more cases of coronary heart disease, peripheral artery disease, stroke and heart failure among white women who started menopause early compared to those who did not.

The work will be presented at the American Heart Association’s Scientific Sessions, which begins Friday and is being held virtually. The findings are considered preliminary until published in a peer-reviewed journal.

But the new study’s finding that white women with early-onset menopause had a higher rate of early heart disease than all the other participants was “a surprise,” said lead researcher Dr. Ruth Misha, of the Northwestern University Feinberg School of Medicine Department of Preventive Medicine in Chicago.

Misha and her team also found Black women were more than three times as likely to experience premature menopause as white women.

While previous studies show women who undergo menopause prior to the age of 45 are at increased risk of dying from coronary artery disease and stroke, Misha wanted to look at what happens to these women long before they die, and to quantify “the magnitude of cardiovascular burden these women are facing.”

This study differed from previous research in that “the focus was on premature cardiovascular events that occurred before the age of 65,” said senior investigator Dr. Sadiya Khan, an assistant professor of medicine at Northwestern University Feinberg School of Medicine. “We also looked at Black and white women separately.”

But the study didn’t explore why the disparities they found existed. “Why this is happening is the next big question to answer,” Misha said.

Regardless of race, said Misha, women who begin the process of menopause prior to age 40 should be told it could impact their heart health, and be encouraged to make lifestyle changes to bring weight, cholesterol and blood pressure levels under control if too high.

“A lot of women do not realize that they are at risk, and that delays any help they could have gotten,” said Misha. “We hope that identifying such women while they are younger will lead to timely interventions that can help to extend their lives.”

Dr. Thomas Price, a reproductive endocrinologist and infertility specialist at Duke University in Durham, North Carolina, recommends women who experience early menopause receive estrogen therapy, which may help protect against heart disease, and, if they still have a uterus, progesterone therapy as well.

“This study reinforces the increased risk of heart disease in women who prematurely lose estrogen,” said Price, who was not involved in the study.

The use of hormone therapy for menopausal women has been debated, though some evidence suggests it can protect against heart disease when taken during the window of time prior to the typical age of menopause onset.

“The debate is what do they do once they reach the natural age of menopause,” Price said. “That’s when the recommendations are not nearly as clear because other risks, such as breast cancer and blood clots, start to increase as you age.”

Although the findings showed no significant statistical difference in premature heart disease between Black women who went through early menopause and those who went through regular menopause, “this should not be interpreted as lack of increased risk,” Price said. The overall increased risk of heart disease for all Black women “may make it less likely to see a dramatic difference between the two groups.”