And a new study supports these celebrity claims, with research showing cooking pig bones for as little as 20 minutes releases proteins that can lower blood pressure, and could even protect against heart disease and type 2 diabetes. 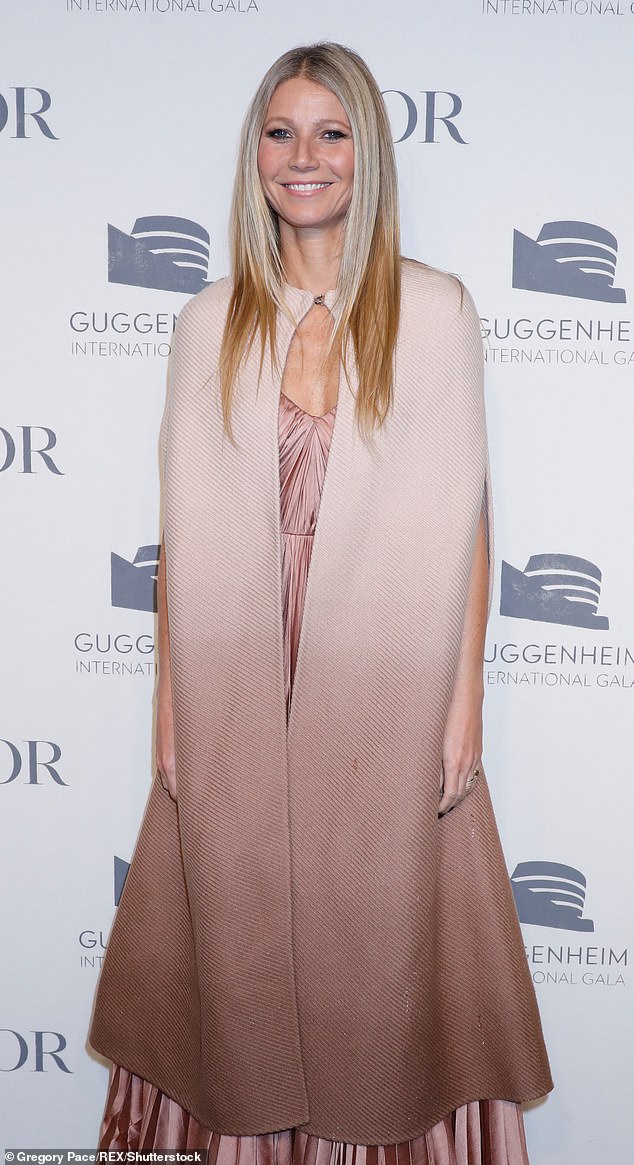 Shakespeare in Love actress and Hollywood’s resident ‘health guru’ Gwyneth Paltrow has long been a fan of bone broth and recently shared her recipe for a chicken version on her website Goop. She is pictured at the Guggenheim International Gala in New York last November 15 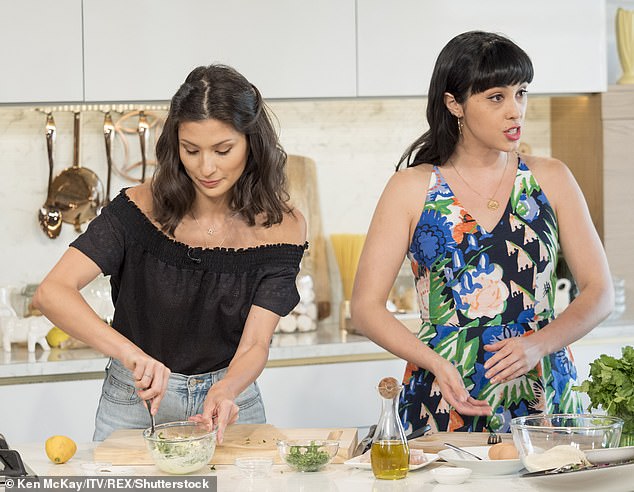 Celebrity chefs the Hemsley sisters are long-time fans of bone broth, which they add to their recipes for soups, stews and risottos. They are pictured on This Morning on May 23 2016

The research was carried out by the Institute of Agrochemistry and Food Technology in Valencia, Spain, and led by food scientist Dr Leticia Mora.

Drinking bone broth dates back to the Stone Age, with the ‘liquid gold’ often being added to soups and stews in cuisines all over the world to add a rich flavour.

It is high in amino acids – the building blocks of proteins – that lower blood pressure, protect against clots and prevent diabetes, the authors wrote in the Journal of Agricultural and Food Chemistry.

These amino acids survive the stomach’s acid and are not broken down by enzymes in the digestive tract.

High blood pressure affects 16million people in the UK, Blood Pressure UK statistics reveal. And 103million in the US have the condition, according to the American Heart Association.

Hypertension raises the risk of heart disease or stroke by three times, with 62,000 people in the UK alone dying every year from poorly-controlled blood pressure.

To better understand the effects of broth on hypertension, bones were taken from white-breed pigs culled to make Spanish dry-cured ham.

These bones were prepared by ‘simulating Mediterranean household cooking’, which involved samples being cooked at 100°C (212°F) for 20 minutes or an hour, while others remained ‘raw’ and acted as controls.

Sequences of amino acids – known as peptides – were then extracted from the collagen released by the bones and put through a simulated human gut in the lab.

‘The purpose of this work was to determine the presence of bioactive peptides with potential cardiovascular health benefits derived from dry-cured ham byproducts,’ Dr Mora said.

‘As well as their stability under different acid conditions and heating simulating traditional cooking in Mediterranean households.

‘Furthermore, lab-simulated digestion was used to mimic what happens to these peptides in the human gut and to assess if gastrointestinal digestion can assist in the generation of bioactive peptides.’ 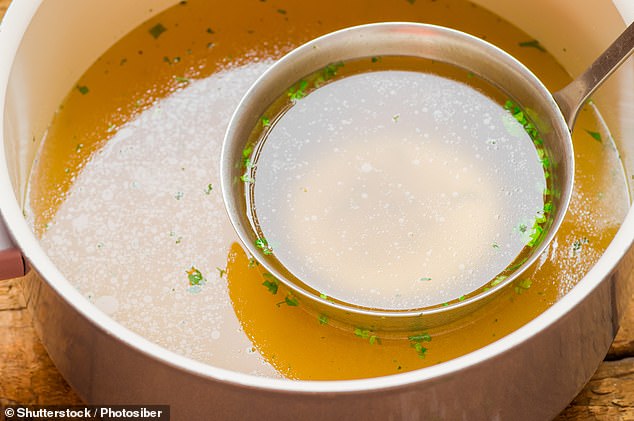 A study found simmering bones into a broth releases collagen that is rich in peptides that lower blood pressure. Peptides do this by blocking hypertension-driving enzymes (stock)

Results suggest some of the peptides could lower blood pressure by blocking enzymes that drive hypertension, with certain enzymes being reduced by up to 50 per cent.

And other peptides may degrade hormones that drive high blood pressure and have even been linked to type 2 diabetes.

More peptides were active when boiled for just 20 minutes but simmering for an hour was more potent than the peptides in the uncooked control bones.

Heating peptides is thought to break them into fragments that are better able to survive the harsh conditions of the gut.

‘Simmering animal bones in water releases collagen and other proteins into the broth that may have health benefits,’ Dr Mora said.

The researchers believe consuming bone broth ‘habitually’ could have a ‘positive impact on cardiovascular health and a possible reduction of high blood pressure’.

But they added further studies are required to identify the exact peptide sequences that help to lower blood pressure.

This comes after Gwyneth Paltrow’s health-promoting website Goop recently published her own recipe for broth made from a chicken carcass.

WHAT DOES IT MEAN IF I HAVE HIGH BLOOD PRESSURE?

High blood pressure, or hypertension, rarely has noticeable symptoms. But if untreated, it increases your risk of serious problems such as heart attacks and strokes.

More than one in four adults in the UK have high blood pressure, although many won’t realise it.

Blood pressure is recorded with two numbers. The systolic pressure (higher number) is the force at which your heart pumps blood around your body.

The diastolic pressure (lower number) is the resistance to the blood flow in the blood vessels. They’re both measured in millimetres of mercury (mmHg).

As a general guide:

If your blood pressure is too high, it puts extra strain on your blood vessels, heart and other organs, such as the brain, kidneys and eyes.

Persistent high blood pressure can increase your risk of a number of serious and potentially life-threatening conditions, such as: