The cost of treatments for Types 1 and 2 diabetes has soared by almost 80 per cent to £1.08billion, with the medication accounting for 12.5p in every £1 spent on prescriptions by GPs. It is almost double the £650million bill for 2008/9, NHS Digital figures have revealed. Type 2 diabetes is caused by poor diet and obesity and can be treated by adopting a healthier lifestyle. Tam Fry, chair of the National Obesity Forum, warned that Britain was facing a “national crisis”.

He said: “The overall cost of all the diseases triggered by obesity is £24billion every year.

“The figure is staggering and will inevitably continue to rise until a UK government seriously begins to tackle obesity.

“The level of diabetes is a national crisis that is blighting millions of lives and could even bankrupt the NHS.”

Last year more than 55 million items were prescribed to the 3.2 million people living with the condition in England.

These included insulin, testings trips, anti-diabetic drugs and medicines for people when their blood sugar drops too low.

Recent data also showed that almost 5,000 patients with Type 2 diabetes are admitted to hospital every day.

Diabetes UK said more action was needed to prevent people developing the condition. Helen Dickens, the charity’s assistant director of policy and campaigns, told how diabetes was responsible for “26,000 early deaths per year”.

She said: “The answer is not to reduce spend on medications to treat the condition but to prevent the onset of its devastating complications.” 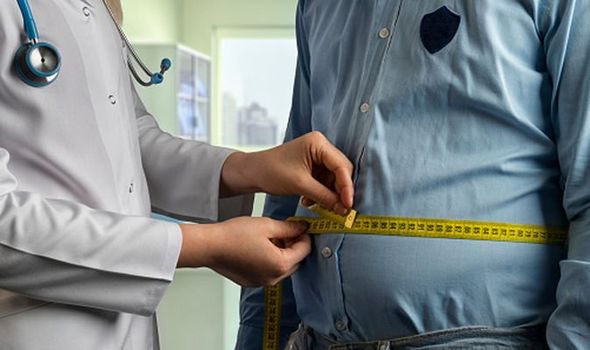 LISTEN TO THE DOCTORS, DON’T LET THIS HAPPEN TO YOU

Martin Oxford needs a cocktail of pills daily to stay alive after ignoring his Type 2 diabetes diagnosis in 2004.

“My house is full of tablets and I’m a walking pharmacy,” said the 59-year-old former bakery worker from Bradford. He not only has to inject insulin twice a day but he now needs medication for high blood pressure, kidney problems and nerve-ending pain.

Martin only started taking his diabetes seriously in 2015 after he ballooned to 20st and almost lost a limb when he developed ulcers in both legs.

“I need to control my diet very carefully now,” he said. “Listen to what the doctors are saying. If you don’t, this is what can happen to you.” 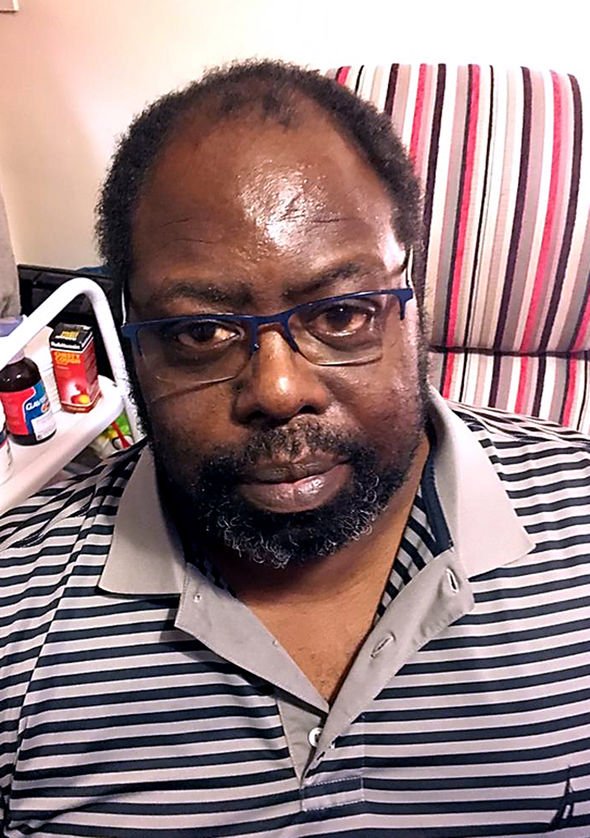 Diabetes is potentially the greatest health crisis facing our nation. The number of people with the condition has doubled in the past 20 years, mainly owing to the rapid rise in the number with Type 2. And new research has shown this week that a condition that used to be thought of as only for older people is being diagnosed in thousands of the young.

Type 2 diabetes is particularly dangerous in those who have it diagnosed at a younger age. The condition is particularly aggressive in younger people, and they are more likely to develop complications and respond poorly to treatment. So with numbers rising, and not enough evidence of which treatments work best for this group, we have to stop this upward trend and the potentially devastating consequences.

There is a clear link between growing waistlines and the increasing prevalence of Type 2 diabetes in younger people. That’s why we need urgent action to tackle the obesity crisis. The implementation of the Government’s Childhood Obesity Plan Chapter 2, published in 2018, would be a start.

Some of the measures floated – including implementing a 9pm watershed on junk food advertising, mandating calorie labelling in restaurants, cafes and takeaways – would help to achieve this.

People with diabetes are two and a half times more likely to have a heart attack and twice as likely to have a stroke as the general population. It is vital the commitments of the Childhood Obesity Plan are delivered – our young people’s future health depends on it.