Researchers in the United States have demonstrated the efficacy of the vaccine INO-4800 against variants of severe acute respiratory syndrome coronavirus 2 (SARS-CoV-2) – the agent that causes coronavirus disease 2019 (COVID-19).

“Here we report the neutralizing antibody and T cell activity measured in INO-4800 vaccinated subjects against emerging SARS-CoV-2 variants first detected in the United Kingdom, South Africa, and Brazil,” writes the team from Inovio Pharmaceuticals, the Wistar Institute in Philadelphia, and the Hospital of the University of Pennsylvania.

Kate Broderick and colleagues showed that the vaccine induced neutralizing antibodies against all variants of concern (VoC) tested, although levels against the B.1.351 lineage that was first reported in South Africa were reduced.

The study also found that T cell responses were consistently maintained between wild-type SARS-CoV-2 and the variants evaluated, including B.1.351.

The team says that overall, the findings show that one or both of the cellular and humoral arms of the immune system maintain effective responses against the VoC following vaccination with INO-4800.

This is likely to be critical in impacting the ongoing COVID-19 pandemic, they add.

A pre-print version of the research paper is available on the bioRxiv server, while the article undergoes peer review. 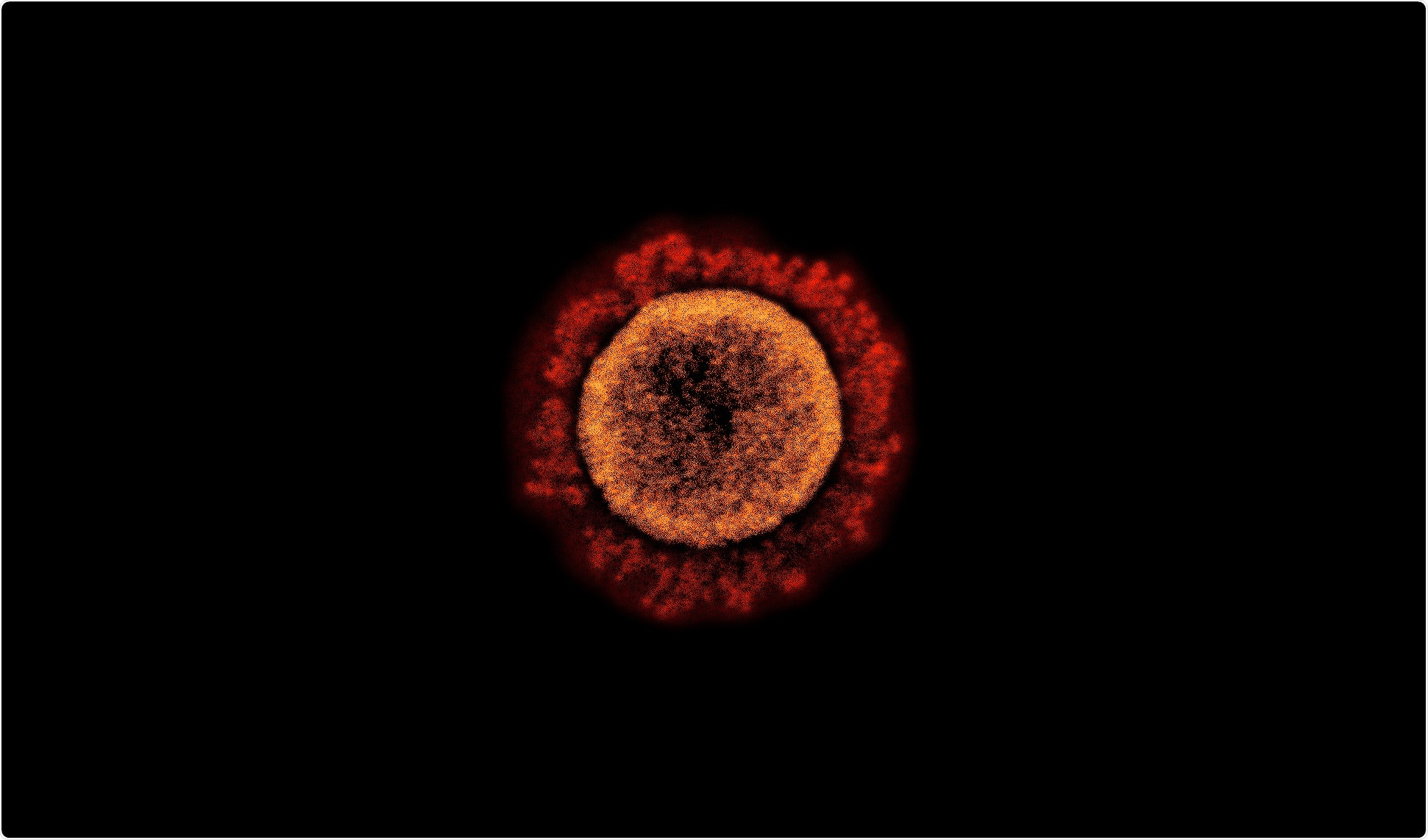 The ongoing COVID-19 pandemic continues to pose a significant threat to global public health and the worldwide economy.

Studies have shown that some of these VoC contain mutations in the receptor-binding domain (RBD) of the viral spike protein.

This spike mediates the initial stage of the SARS-CoV-2 infection process by binding to the host cell receptor angiotensin-converting enzyme 2 (ACE2). The spike RBD is a primary target of the neutralizing antibodies that are generated following vaccination or natural infection. 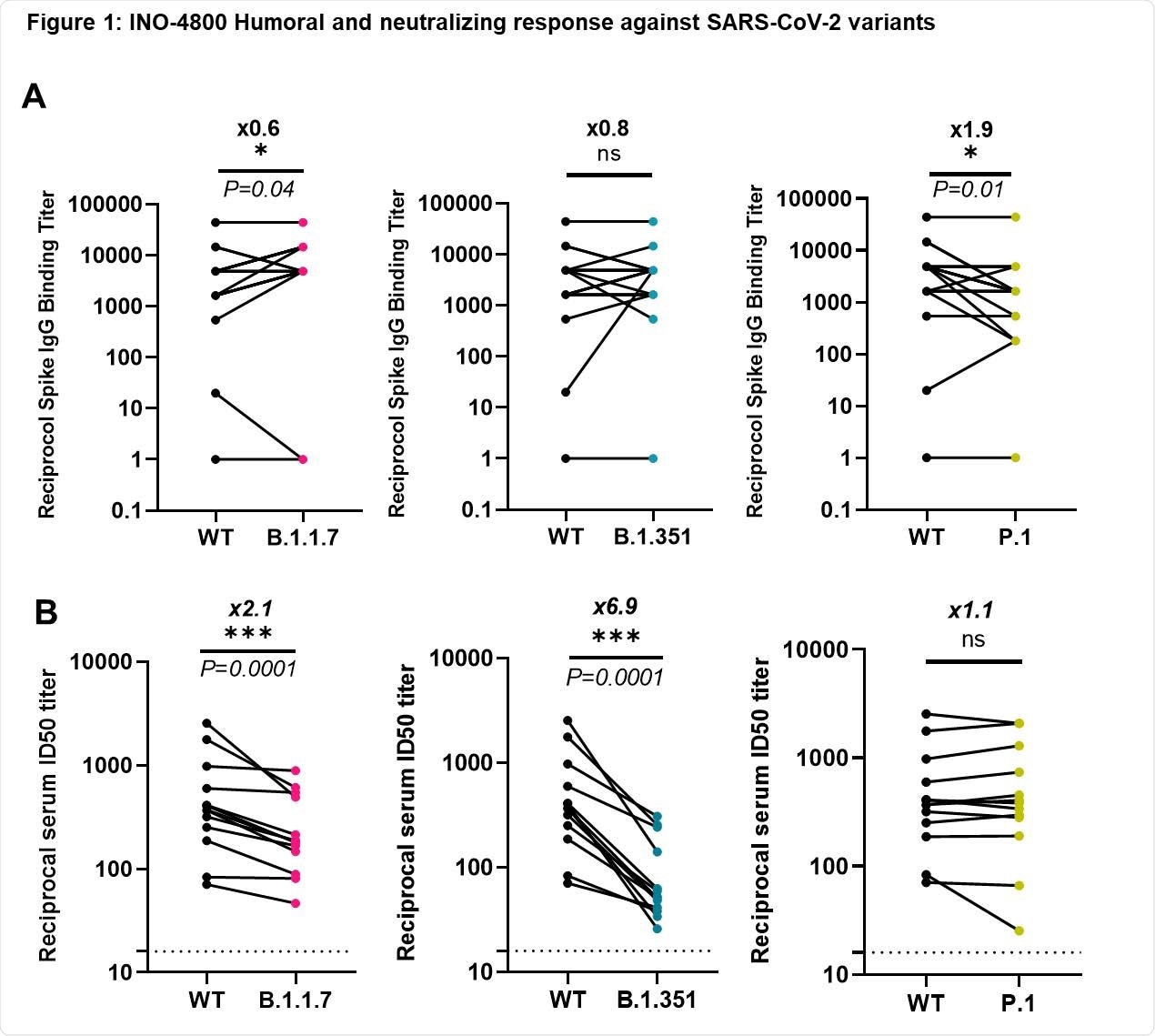 The variants contain mutations in the spike RBD

The B.1.1.7 lineage, which was first identified in the UK, contains the RBD mutation N501Y. This lineage exhibits increased transmissibility, which is associated with increased pathogenesis but does not appear to be significantly resistant to vaccine-induced neutralization.

In addition to N501Y, the B.1.351 and P.1 lineages, which were first identified in South Africa and Brazil, respectively, also contain the RBD mutation E484K and exhibit unique changes in the RBD residue K417.

Importantly, sera from convalescent and vaccinated individuals have shown significantly lower levels of neutralizing activity against the B.1.351 and P.1 variants and minimally lower levels against B.1.1.7.

What did the researchers do?

The INO-4800 vaccine is a SARS-CoV-2 spike DNA-based vaccine that has been shown in a Phase 1 clinical trial to induce both functional antibody (humoral) and T cell (cellular) responses against the virus.

Given the growing concern regarding the protective efficacy of vaccines currently being rolled out in many countries, Broderick and colleagues assessed the humoral and cellular responses against B.1.1.7, B.1.351, and P.1 that are elicited following INO-4800 vaccination.

Samples from immunized individuals were tested for serum immunoglobulin G (IgG) antibody binding to the full-length spike protein by an ELISA that used peptides specific for each of the variants.

Among sera isolated from vaccinees at week 8 after administration of two doses of INO-4800, anti-SARS-CoV-2 spike IgG titers were not negatively impacted by wild-type virus or the B.1.1.7 or B.1.351 variant. However, a 1.9-fold reduction in IgG titer was observed for the P.1 variant.

Neutralizing antibodies were detected against the wild-type virus and all variants tested.

“These results are consistent with other recent studies, which have demonstrated a significant reduction in neutralizing activity in vaccinated individuals towards the B.1.351 (≥6-fold reduction), while the B.1.1.7 lineage has demonstrated a reduced activity of 2-fold or less,” write the researchers.

“Strikingly, while the P.1 strain presents with similar RBD mutations as B.1.351, we did not observe any reduction in neutralizing activity compared to the wild-type strain in INO-4800 vaccinated individuals,” they add.

The team says that while RBD changes are similar between the P.1 and B.1.351 lineages as they both contain the N501Y mutation and identical E484K mutations, they contain similar but different mutations at position K417 (K417T in P.1 and K417N in B.1.351).

“It is possible that this position and this change allow for the impact of the neutralizing responses observed,” says Broderick and colleagues.

What about the cellular response?

Next, the team compared the cellular immune responses to wild-type and SARS-CoV-2 spike variants following vaccination.

This revealed that IFNγ T cell responses were consistently maintained between wild-type spike and all of the variants tested, including B.1.351 and P.1.

“This is consistent with published results showing that, compared with neutralizing antibody responses, cellular immunity is relatively unimpaired by the current variants of concern,” say the researchers.

What do the authors conclude?

“Taken together, these data demonstrate maintenance of one or both cellular and humoral arms of the immune response against emerging SARS-CoV-2 variants for the INO-4800 vaccine, which will likely be critical factors to impact the ongoing COVID-19 pandemic,” concludes Broderick and colleagues.

bioRxiv publishes preliminary scientific reports that are not peer-reviewed and, therefore, should not be regarded as conclusive, guide clinical practice/health-related behavior, or treated as established information.

Sally first developed an interest in medical communications when she took on the role of Journal Development Editor for BioMed Central (BMC), after having graduated with a degree in biomedical science from Greenwich University.