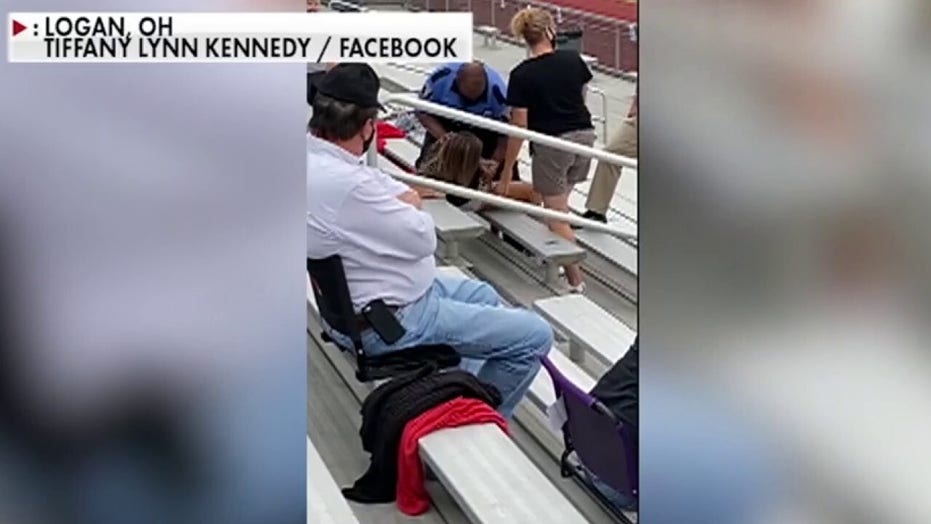 Alex Berenson, author of ‘Unreported Truths About COVID-19 and Lockdowns Part 2’ weighs in on the social pressures of wearing a mask.

A COVID-19 test reportedly led to a life-threatening infection for a woman with a rare, undiagnosed health condition.

The woman, in her 40s, received a nasal swab test that was said to have punctured her brian lining, causing fluid to leak from her nose and putting her in danger of an infection that could have been deadly, Jarret Walsh, an otolaryngologist, reported in the medical journal JAMA Otolaryngology-Head & Neck Surgery, according to AFP. 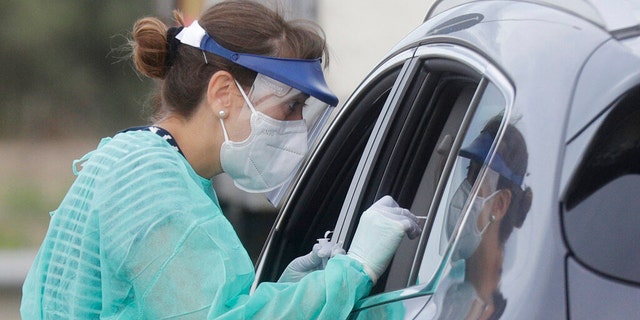 A woman in her 40s received a nasal swab test that was said to have punctured her brain lining, causing fluid to leak from her nose. (AP Photo/Gregorio Borgia)

The patient reportedly had an undiagnosed health condition and received a COVID-19 test that, doctors say, may not have been administered correctly.

The woman went for the COVID-19 nasal test before an elective hernia surgery and later exhibited clear fluid coming out one side of her nose, according to the report. She also developed symptoms including a headache, neck stiffness, vomiting and aversion to light, Walsh explained.

Doctors drained some of the fluid using a shunt, but it resulted in a defect at the base of the skull that's called an encephalocele, which, according to the report, made her brain's lining poke out into the nose where it was at risk for rupturing.

The woman, who was not identified, has since recovered. However, if such a condition was left untreated, doctors say she could have developed a potentially fatal infection from bacteria.

Doctors in the report stressed that individuals with sinus or skull surgery should request oral COVID-19 testing if they are able to.

"It underscores the necessity of adequate training of those performing the test and the need for vigilance after the test has been performed,"  Dennis Kraus, an ear, nose and throat specialist at New York City-based hospital Lenox Hill Hospital, told AFP.