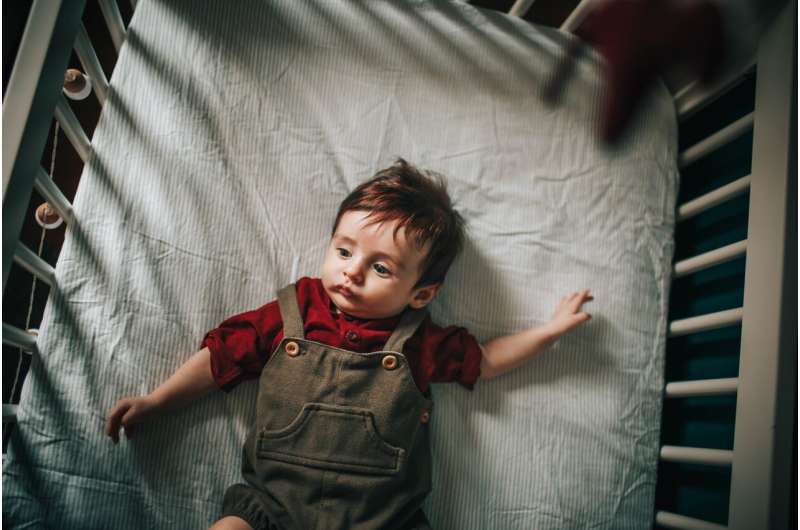 Parenting a young infant can be exhausting, and potentially deplete parents’ cognitive and emotional resources, but can it also intrude on parents’ sex life?

A new study from Flinders University reveals it is not the baby’s disrupted sleep patterns—common in the first months of life—but rather engaging with the baby during crib-side visits which is the biggest disincentive to parents’ sexual frequency.

Using both parental online responses and the auto-videosomnography technology across a total of 8,460 nights collectively showed that more parent night-time crib visits were significantly associated with lower sexual frequency.

“These findings suggest that it is not infant or parent sleep disruption per se, but rather parent nighttime engagement with the infant that is associated with lower parent sexual activity frequency,” says Flinders University researcher Dr. Michal Kahn.

The link between parental night-time engagement with the infant and lower sexual activity frequency was significant regardless of infant age.

“While young infants require lots of external regulation to fall asleep, most infants can gradually learn to regulate themselves to sleep across the second half of the first year. As sexual and sleep health both have a major impact on well-being, parents wishing to restore their sleep and sexual activity can gradually encourage more independent infant sleep,” notes Dr. Kahn.

By contrast, sexual satisfaction was not associated with parent night-time caregiving, parent or infant sleep, or parent-infant sleeping arrangements in adjusted models, suggesting that satisfaction ratings may not be susceptible to the effects of disrupted sleep in the postpartum period.