Childless women are 72 per cent more likely to die of cancer than mothers, research suggests.

Scientists followed one per cent of England and Wales’ population over 50 years to make the conclusion.

The researchers believe ‘clear behavioural changes’ take place when you start a family, including drinking less and not staying out late, which may protect against cancer. 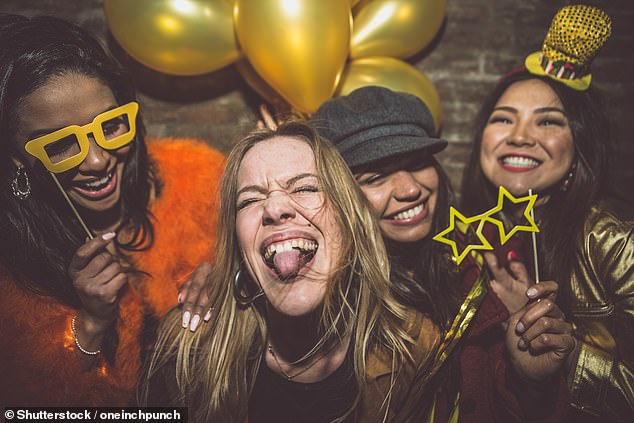 Childless women are 72 per cent more likely to die of cancer, research suggests. Scientists believe ‘not having a family encourages an unhealthy lifestyle of staying out late’ (stock)

The research was carried out by The University of Klagenfurt, Austria, and led by Professor Paul Schweinzer, from the department of economics.

The scientists analysed data on parenthood, marital status and income from the Office for National Statistics Longitudinal Study (ONS-LS).

Results – published in the journal Scientific Reports – revealed women who have children are less likely to die of cancer.

For example, among 70-year-old women without offspring, the risk of dying from the disease would be 1.3 per cent, compared to 0.4 per cent among those who have a family.

Mothers also have half the risk of dying from infectious diseases.

The researchers believe this may be due to the ‘parental co-immunisation hypothesis’ – the theory a mother or father’s immune system ‘refreshes’ via exposure to a child’s infection.

This boosted immune system then gives parents a better chance at fighting off infections in old age.

A diet high in whole grain, bran and cereal fibre lowers the risk of liver cancer, a study found earlier this month.

But an increased intake of fruit or vegetable fibre does not have an effect, Harvard scientists found.

A study found those who ate the most whole grains in their diet had a 37 per cent lower risk than those whose diets were sparse of the healthy grains.

A high-bran diet also reduced the risk by 30 per cent ,while germ decreased it by 11 per cent.

‘[Children] bring infections home [from school] that they need in order to build their defences,’ Professor Schweinzer told The Times.

‘As a by-product, they nearly kill the parents.

‘If there’s some kind of mechanism that makes immunisation decay over time, it might be beneficial to be re-immunised.’

The same protection also applies to fathers but to a lesser extent.

But marriage does not have the same protective effects.

And women who get married are 18 per cent more likely to die of cancer.

The researchers worry couples who are married but do not have children may become ‘more sedentary’ and adopt a ‘dissolute lifestyle’.

The results further suggested having a high income and owning a home protects against premature death, but not as effectively as having children.