Britons are most likely to indulge in booze and drug-fuelled sex, global figures show: MDMA is drug of choice to make ‘chemsex’ more ‘intimate’

People in the UK are more likely to have sex while drunk or taking illegal recreational drugs than any other country, a survey found.

The Global Drug Survey – of 22,000 people around the world – found that, overall, 64 per cent of Britons had had sex while having drunk alcohol. In comparison, the figure was 60 per cent in Eurozone countries and 55 per cent in the US.

And 13 per cent of Britons admitted to having combined sex with cocaine. By contrast, the figure was just eight per cent in Eurozone countries and seven per cent in the US.

The research highlights how ‘chemsex’ – taking drugs during sex was found to be widespread among heterosexual men and women as well as gay men.

However, homosexual men were 1.6 times as likely as heterosexual men to have used drugs with the specific intent of enhancing sexual experience in the last year. 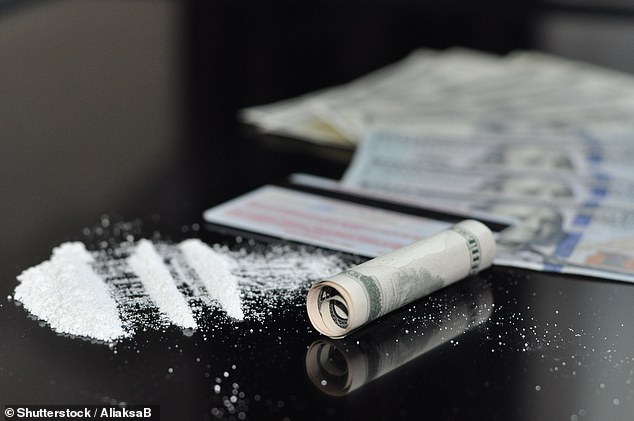 People taking drugs during sex is a health policy concern as they are more likely to practice unsafe sex – spreading sexually transmitted diseases.

The research analysed responses from the UK, the US, the Eurozone countries, Australia and Canada.

Around 7,000 people from the UK took part in the study – and of these around 13 per cent took cocaine during sex.

When it came to other drugs the strongest effect was seen in the use of the banned drug mephedrone – known by its slang name of ‘meow meow’. Britons were 320 per cent more likely to take mephedrone than people in the Eurozone.

There was one exception among drugs – British people were less likely to have sex while high on cannabis than people in the US, Canada, Australia and the Eurozone.

Dr Will Lawn, of University College London, who carried out the research with colleagues, said respondents from the UK were the most likely to combine drugs with sex, compared with the US, other European countries, Australia and Canada.

He added: ‘While using drugs in combination with and to specifically enhance the sexual experience tends to be associated with gay and bisexual men, we found that in our sample, men and women of all sexual orientations engaged in this behaviour.

He said harm reduction messages relating to substance-linked sex in general should therefore not only be targeted towards gay and bisexual men, as they are relevant to all groups.

HOW DOES THE UK COMPARE TO THE REST OF THE WORLD?

The researchers found alcohol, cannabis, ecstasy, and cocaine were most commonly used.

But the drugs GHB/GBL and ecstacy, were rated most favourably – with users saying MDMA increased ’emotionality/intimacy’ the most, while GHB/GBL increased ‘sexual desire’ the most.

The authors of the research point out that the Global Drugs Survey is not a representative sample, as the survey respondents were self-selecting – meaning that the estimates of prevalence will be substantially larger than the general population.

However, they said the relative differences between groups are expected to be reliable.

The researchers say that understanding how and why people use drugs is essential if we are to deliver harm reduction messages that are in touch with peoples’ lived experience.

‘By engaging with your audience and accepting that drugs provide pleasure as well as harms, you can deliver harm reduction messages in a more trustworthy and nuanced manner,’ said Dr Lawn.

Senior author Professor Adam Winstock, founder and director of the Global Drug Survey added: ‘Our study is by far the largest to date to investigate the relationships between sex and drugs.

‘Furthermore, by appreciating how different drugs affect sex we can tailor our harm reduction messages. These pragmatic messages can save lives.’

Chemsex is the term used to describe taking drugs with the purpose of enhancing sexual activity, usually used by men who have sex with men.

The substances are often taken at parties where groups of people will gather and take drugs before getting intimate for extended periods of time.

There are three prevalent drugs on the chemsex party circuit: mephedrone, GHB, and crystal meth.

Used in different combinations, the drugs can enable those who take them to have sex for hours, increasing sexual arousal and inhibiting ejaculation.

Some chemsex parties have been known to go on for days, with participants not sleeping for their entirety.

Not only do they involve an incredibly dangerous cocktail of drugs, but users’ lowered sense of awareness may lead to the spread of diseases through unprotected sex.

A French study recently found that many men who attend chemsex parties were either craving a sense of being loved, or actively searching for it without success.