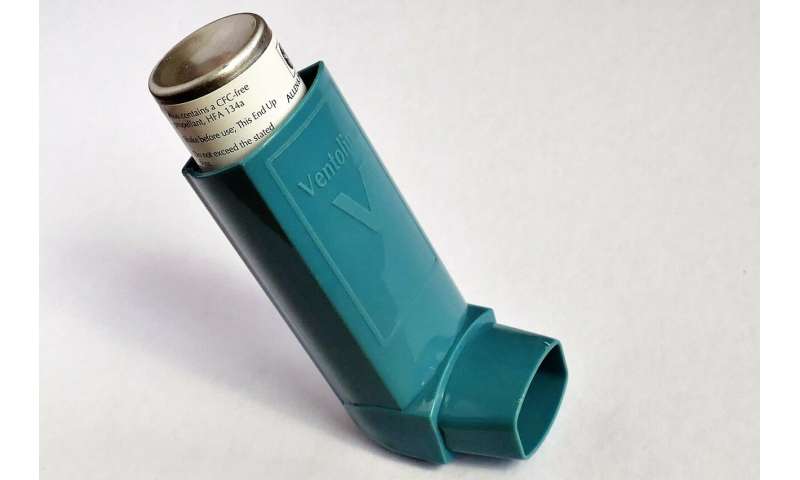 A chaotic household—one where things just don’t seem to run smoothly, there’s lots of noise, little gets taken care of in a timely manner, and where relaxation is difficult—as well as child and parent depression, are risk factors for worse asthma outcomes in urban minority children, according to a new paper published in the journal Pediatrics.

“Higher levels of chaos—lack of organization or set routines, among other things—seems to be a pathway linking parental depression and worse child asthma control,” said Sally Weinstein, associate professor of clinical psychiatry in the University of Illinois at Chicago College of Medicine and first author on the paper.

Minority urban youth have higher rates of asthma and are more likely to have poor outcomes or even die of asthma compared to the general population. While much research exists on medications and prevention, researchers are just starting to understand how psychosocial factors affect asthma and how they might contribute to disparities.

Several studies have found that children with depression and anxiety have worse asthma outcomes, including more severe asthma and more use of rescue medications. Some studies have linked parents’ depression with worse asthma outcomes in their children, while others have shown that family conflict is associated with higher levels of asthma severity.

The researchers looked at the relationship between parent depression and post-traumatic stress disorder, or PTSD, symptoms; child depression and PTSD symptoms; and child asthma control among 223 children between the ages of 5 and 16 years and one of their parents. The participants were enrolled in a longitudinal study examining educational interventions to help improve asthma control called the Asthma Action at Erie Trial.

Weinstein and colleagues collected data on depression, PTSD and family chaos via in-person interviews before the parents and children started the study intervention. Asthma control was measured with the Asthma Control Test, a standardized survey that evaluates asthma severity and symptoms in children. Parents were also asked about the number of days in the last two weeks when the child’s activity was limited due to asthma symptoms, and the child’s asthma medications.

The researchers found that parent and childhood depressive symptoms, but not PTSD symptoms, were associated with worse child asthma control. Higher levels of family chaos were also associated with worse child asthma control even when the researchers controlled for parent and child depression. Family chaos was evaluated using a 15-item questionnaire that asked respondents to rate statements such as “No matter how hard we try, we always seem to be running late;” “We can usually find things when we need them;” “We always seem to be rushed;” and “Our home is a good place to relax.”

“When a parent is depressed, it’s harder to keep the family routines running smoothly, and it’s also harder to manage the daily demands of caring for their child’s asthma, which can require multiple medications and avoidance of triggers,” said Weinstein, who is also associate director of the University of Illinois Center on Depression and Resilience. “We saw that in families with greater household chaos, child asthma control tended to be worse.”