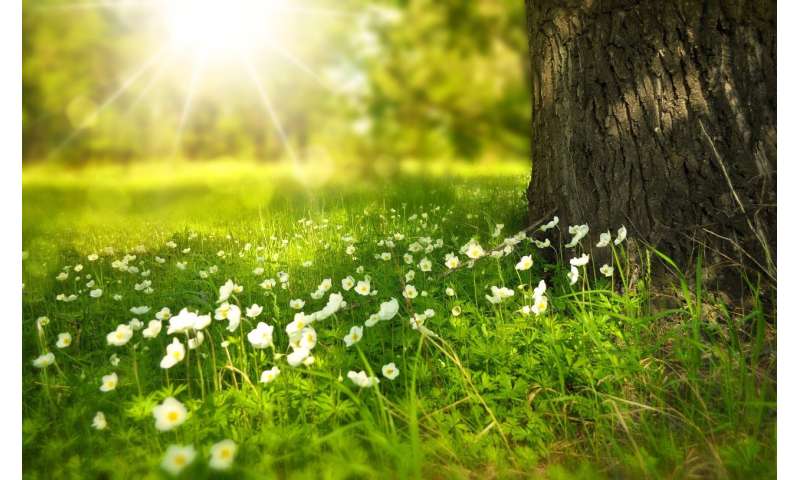 Human-induced climate change is disrupting nature’s calendar, including when plants bloom and the spring season starts, and new research from the University of School of Public Health suggests we’re increasingly paying the price for it in the form of seasonal allergies.

The study, based on over 300,000 respondents between 2002 and 2013, shows that seasonal allergic rhinitis, or hay fever, increases when the timing of spring “greenup” changes. The findings were published today in the journal PLOS ONE.

Dr. Sapkota and his team used satellite data collected by NASA’s Moderate Resolution Imaging Spectroradiometer (MODIS) to identify the start of the spring season throughout the US and linked these data to National Health Interview Survey data collected by the Centers for Disease Control and Prevention (CDC).

“Previous studies have shown that plant phenology is highly dependent on temperature. As such, it is one of the most sensitive indicators of how our ecosystem is responding to climate change,” said Dr. Chengsheng Jiang, co-author of the paper. “We show that such climate change-driven ecological changes are directly linked to allergic disease burden in the United States. Even a relatively small change in the timing of tree flowering can have a significant economic impact given that 25 million American adults already suffer from hay fever each year.”

The reason for increased hay fever when spring arrives early seems to be related to pollen exposure. An earlier onset of spring means trees flower sooner and create a longer season for tree pollen, which is the major source of spring seasonal allergens. But a very late onset of spring may mean many species of trees simultaneously burst in bloom, blasting allergy suffers with a high concentration of pollen for a shorter duration.