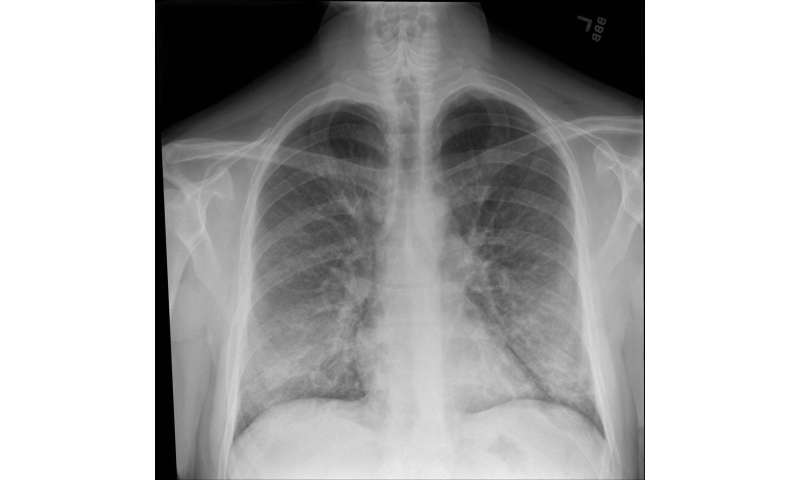 As the outbreak of lung injuries and deaths associated with e-cigarettes, or vaping, continues to spread across the U.S., researchers at Intermountain Healthcare in Salt Lake City have effectively developed a best practice treatment guide to quickly identify and treat patients who develop the new and potentially fatal respiratory injury, according to a new study.

“This is still an ongoing outbreak, and not something we’ve seen with vaping before,” said Denitza Blagev, MD, a pulmonary and critical care physician at Intermountain Healthcare, who is the lead author of a new study that outlines best practices for treatment for patients with e-cigarette or vaping-associated lung injury (E-VALI).

The study is published in the November 8, 2019, issue of The Lancet, one of the world’s best-known and most prestigious peer-reviewed medical journals.

The lung injury diagnosis and treatment guidelines developed by Intermountain Healthcare clinicians are based on the cumulative clinical experience of treating more than 60 patients throughout the health system’s 24 hospitals and 215 clinics.

The Intermountain guidelines recommend shorter courses of moderate-dose steroids for patients who are either treated as outpatients, or admitted to hospitals, and higher doses of intravenous steroids that are tapered more slowly for patients who are critically ill on admission. Clinicians also recommend close outpatient follow-up, as complications after initial recovery are recognized.

“We now have a standardized approach to treat these patients, and we’re starting to learn about what the recovery and complications are,” she added. “Time will show us the long-term outcomes and the cause of this new disease, but in the meantime, the surest way to prevent lung injuries associated with e-cigarettes, or vaping, is not to vape.”

In the study, Intermountain Healthcare researchers identified 60 E-VALI patients at 13 different Intermountain hospitals or clinics in Utah from June 27, 2019, through October 4, 2019. The diagnosis was defined by a history of vaping or e-cigarette use within 90 days prior to symptoms, abnormalities shown in chest imaging, and no other cause for these findings (such as pneumonia).

While the majority of E-VALI patients were admitted to an intensive care unit, many weren’t critically ill and recovered more quickly. These patients typically had flu-like symptoms, shortness of breath, cough, chest pain, and abdominal symptoms such as nausea, vomiting, and abdominal pain.

Most patients with lung injuries associated with e-cigarettes or vaping were treated with antibiotics (due to overlapping pneumonia symptoms), oxygen, and steroids. While specific infectious disease testing was negative for all of the patients, most received antibiotics, researchers reported.

The Intermountain clinicians attribute the clinical improvement of the patients’ health to the positive effect of the steroids they received. Most patients started to show improvement within days, researchers noted, however, six of the patients—or 10 percent of those enrolled in the study—relapsed and had complications that required hospital readmission.

The majority of patients who were readmitted to the hospital had been critically ill when they initially came in for care, and half of them had resumed vaping after discharge, researchers reported in the Lancet study.

In the first study to report follow-up findings for these patients, Intermountain clinicians performed a short follow-up exam after two weeks and found that, although most patients had improved significantly, many had residual abnormalities. Only 23 percent of the patients still needed supplementary oxygen, but most still showed some signs of lung abnormalities on their imaging and breathing tests.

These findings are helping physicians recognize what lung injuries associated with e-cigarettes or vaping look like—and helping them maintain a high degree of suspicion when they diagnose lung injuries in patients who’ve been vaping.

“Being vigilant about obtaining a patient’s vaping history when they’re admitted and keeping it in mind throughout their hospital stay, is essential,” said Dr. Blagev. “For some patients in our study, their vaping history didn’t emerge until they were well into the course of their disease.”

While the majority of E-VALI patients vaped THC, some reported only vaping nicotine. Intermountain researchers reported no clear pattern emerged in terms of vaping device or the source of the vaping liquids among the patients. Patients in the study reported obtaining vaping e-liquids from local dealers or vape shops, friends, or social medial apps.

According to the U.S. Centers for Disease Control and Prevention, 1,888 cases of e-cigarette or vaping-associated lung injury have been reported in the United States, including 37 deaths in 24 states.

In Utah, 109 cases of E-VALI have been confirmed, with another seven cases under investigation in the state, as of Oct. 28.

Dr. Blagev and her colleagues at Intermountain began to see E-VALI patients early last summer. The first case at Intermountain was recognized by pulmonologist Dixie Harris, MD, who, through her work in the Intermountain TeleHealth Critical Care service, noticed a cluster of patients seeking treatment at multiple Intermountain hospitals throughout Utah.

The Intermountain TeleHealth Critical Care service allowed the rapid formation of a centralized task force, which enabled tracking and public reporting of cases, and sharing of clinical expertise among clinicians, according to the study.