A  couple who welcomed their daughter on the 18th anniversary of the Sept. 11 terror attacks was shocked when the baby arrived at 9:11 p.m. and weighed 9 pounds, 11 ounces.

Cametrione and Justin Brown arrived at Methodist LeBonheur Germantown Hospital in Tennessee on Wednesday evening for a scheduled C-section.

It was around 8:55 p.m. when Cametrione entered the delivery room to welcome her little girl.

DELAWARE WOMAN WHO DIDN'T KNOW SHE WAS PREGNANT GIVES BIRTH IN TOILET: 'I WAS JUST IN SHOCK' 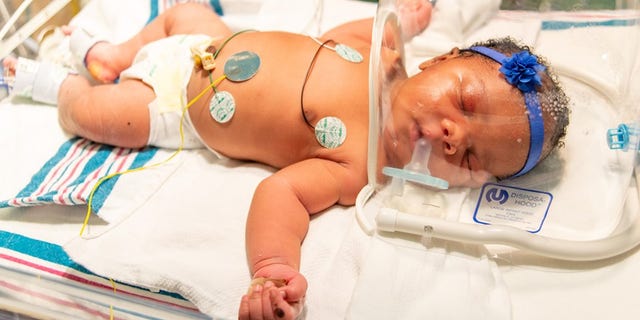 “Time was just rolling,” the newborn’s father, Justin, told local news station WREG. “The next thing you know, they called it 9:11 and then they got on the table and they were like, 'Oh my gosh, she weighs 9 [pounds], 11 [ounces].’” 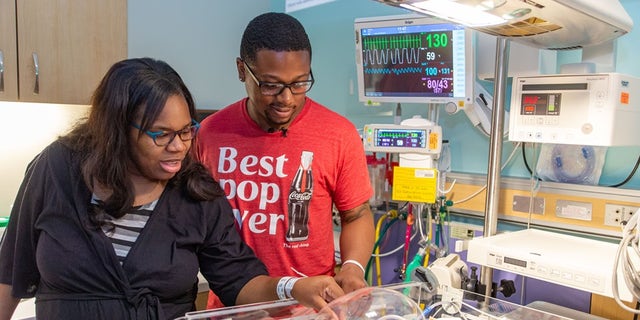 "It’s very rare but very special. It just makes her an even more special little girl than she already is," a hospital staff member said.
(Methodist Healthcare)

"It's very rare but very special. It just makes her an even more special little girl than she already is,” Rachel, Laughlin, a patient coordinator at Methodist LeBonheur Germantown Hospital, told the news station.

MOM WHO REFUSED TO ABORT BABY WITH MEDICAL NEEDS WELCOMES DAUGHTER: 'I WAS TERRIFIED OF LOSING HER'

Though the couple recognized 9/11 is a time of remembrance and sorrow for the country, they noted their daughter represents joy on such a day.

“She comes in on 9/11, there was so much devastation but she’s bringing all this joy and life into the world because everybody’s been waiting on her,” Cametrione told The Commerical Appeal.