Current nutrition recommendations for the treatment and prevention of diabetes are primarily focused on lifestyle modifications with dietary interventions. Several diets such as the Mediterranean, low glycemic index, or low and very low carbohydrate diets appear to improve glucose control. 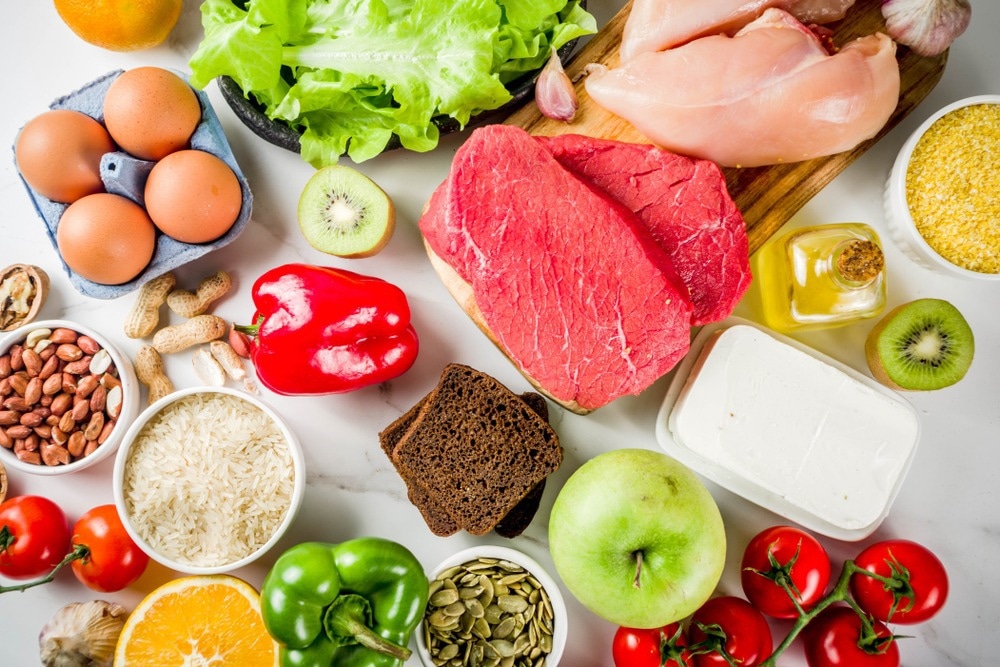 The gut microbiota and diabetes

Gut microbiota differences between patients with T2D and healthy individuals have been reported in many studies.

Patients with T2D typically have lower levels of the beneficial short-chain fatty acids (SCFA) that are produced by Bifidobacterium, Blautia, and Akkermansia. These patients also have a higher abundance of potentially pathogenic bacteria such as Shigella and Escherichia. Such dysbiosis is one of the key features of T2D that can be identified as early as the prediabetic stage.

What is a high/low FODMAP diet?

Previous studies have suggested that poorly absorbed FODMAPs can trigger irritable bowel syndrome (IBS), which causes abdominal pain and flatulence. Thus, short-term consumption of a diet with low FODMAP has been observed to relieve gastrointestinal symptoms and induce changes in the gut microbiota; however, a long-term low FODMAPs diet may lead to adverse metabolic outcomes.

Conversely, a high FODMAP diet can improve glycemic responses and insulin sensitivity by increasing the abundance of SCFA-producing bacteria such as Akkermansia muciniphila and Bifidobacterium. A high FODMAP diet can also decrease gut permeability, thereby leading to the release of peptide tyrosine tyrosine (PYY) and glucagon-like peptide-1 (GLP-1), which helps stimulate insulin secretion.

Although there is considerable evidence supporting the role of FODMAPs in the pathogenesis of T2D, the relationship between glycemia and FODMAPs has yet to be explored.

In a new Clinical Nutrition journal study, researchers summarize the available knowledge on FODMAPs and suggest that fermentable short-chain carbohydrates can play a role in the prevention and treatment of diabetes by altering metabolic and microbiota problems.

Impact of FODMAPs on gut microbiota

FODMAPs are inadequately absorbed in the small intestine, prone to cause osmotic effects, and are fermented in the colon. Fermentation refers to the anaerobic degradation of undigested carbohydrates by microorganisms within the gut, which subsequently leads to gas and discomfort.

The microbiota has several important metabolic functions, including lipid and glucose homeostasis, energy and vitamin production, as well as protection of gut health. SCFAs are considered one of the main mediators of different patterns of microbiota that either have health-promoting or deleterious effects.

The three most common SCFAs, including propionate, acetate, and butyrate, are produced by intestinal microbiota through fermentation of dietary fibers. SCFAs can also induce immune responses through the induction of T-regulatory (Treg) cells and enhancement of epithelial barrier function.

A high FODMAP diet has the potential to increase beneficial gut microorganisms to support better lipid and glucose metabolism, as well as immune defenses. Comparatively, a low FODMAP diet can reduce the prevalence of important bacteria that contribute to these processes, thereby leading to adverse health effects. Thus, high FODMAP food products can produce a better postprandial glucose response as compared to supplements.

GOS are prebiotics that are capable of stimulating the growth of health-promoting bacteria such as Lactobacilli and Bifidobacteria. GOS are generally found in legumes, which are popular ingredients in the Mediterranean diet that are associated with a low glycemic index. As a result, many national diabetes practice guidelines recommend the intake of soy nuts and legumes.

Several studies have reported that the consumption of legumes and bean-based diets can assist in the reduction of postprandial plasma glucose levels, as well as improve insulin secretion. For example, one three-month randomized study found that a high FODMAP almond-based diet was more effective in reducing postprandial plasma glucose and HbA1c as compared to a low FODMAP peanut-based diet.

Fructans are glucose polymers that can promote the growth of beneficial bacteria in the gut. Previous studies on inulin, which is a common fructan, reported a reduction in HbA1c and plasma glucose levels in patients with T2D. Foods with higher fructan content were also found to reduce glycemic variability in T2D patients.

Inulin has also been reported to reduce blood lipid and fasting blood glucose levels, as well as increase Bacteroides. Other studies have shown an increase in Akkermansia muciniphila and Faecalibacterium prausnitzii, along with a reduction in HbA1c, glucose, C-reactive protein (CRP), and lipopolysaccharides (LPS) following inulin treatment.

The fermentation process can reduce postprandial blood glucose levels and absorption rates. Therefore, it is difficult to determine the contribution of lactose as a FODMAP.

Fruits consist of several sugars such as glucose, fructose, and sucrose, each of which has a different absorption rate in the gut. High postprandial glucose excretion is associated with a high risk of cardiovascular diseases, weight gain, and diabetes, even in healthy individuals.

Although fructose can be co-digested and co-absorbed with glucose, the uptake of glucose is preferred in presence of both. Therefore, only excess fructose is fermented by the gut microbiota.

Polyols are sugar alcohols that are found in both natural and synthetic foods. Xylitol, which is a synthetic polyol, has been shown to improve glucose profiles and reduce visceral fat accumulation following an eight-week treatment.

Sugar polyols have also been observed to increase the abundance of Bifidobacteria in healthy individuals; however, no such observation has been made in patients with diabetes.

Dietary interventions are useful for preventing the progression of diabetes in pre-diabetic individuals, as well as improving metabolic control for those with diabetes. In fact, weight loss is capable of reducing blood glucose levels in pre-diabetic overweight patients by improving insulin sensitivity and reducing insulin resistance.

Researchers of the Diabetes Prevention Program have indicated that high carbohydrate and fiber-rich diet that is accompanied by reduced total and saturated fat consumption can provide the highest long-term reduction in weight. However, further research is needed to elucidate the impact of low-carbohydrate and high-protein/high-fat diets on the gut microbiota.

A low-energy, high FODMAP diet for prediabetes and diabetes

High FODMAPs can elicit beneficial effects on the gut microbiome and metabolism. Microbiota changes induced by following a certain FODMAP diet occur in a dose-dependent manner. Although a high FODMAP diet can support a rise in health-promoting bacteria, it can also lead to abdominal pain, bloating, constipation, and/or diarrhea.

The daily consumption of FODMAP foods varies depending upon geographical regions and cultures. Based on the physical activity, body mass index, and health status of people with diabetes, women are advised to consume between 1,200 and 1,500 kcal, while men should consume between 1,500 and 1,800 kcal per day.

Weight loss of approximately 3-5% is recommended to achieve clinical benefits. Nevertheless, a high FODMAP diet has yet to be designed to limit excess fat and calorie consumption while ensuring a balanced intake of both micro- and macronutrients.

Many glucose-lowering drugs have been reported to alter the gut microbiota. Metformin, for example, alters gut microbiota and increases SCFA in plasma bile acid and fecal concentrations. Metformin has also been found to improve the abundance of Lactobacillus and other SCFA-producing bacteria.

Other herbal medicines such as berberine and acarbose are capable of modulating the gut microbiota to improve the abundance of beneficial bacteria. Thus, these drugs are analogous to FODMAPs and can be used as an alternative strategy for the prevention and treatment of diabetes.

The interactions between diet and the gut microbiome are complex. However, a symbiosis between the gut microbiota and host is important to prevent the development of metabolic diseases such as diabetes.

Recent research has determined that FODMAPs have a beneficial impact on metabolic and gut health. Nevertheless, it is important to adjust the intake of FODMAPs to ensure that these dietary components provide the maximum health benefits for each individual.

Little remains known regarding the role of FODMAPs in the treatment and prevention of T2D. Therefore, more interventional and systematic observational studies are needed to devise a dietary strategy for people with or at risk of developing T2D.