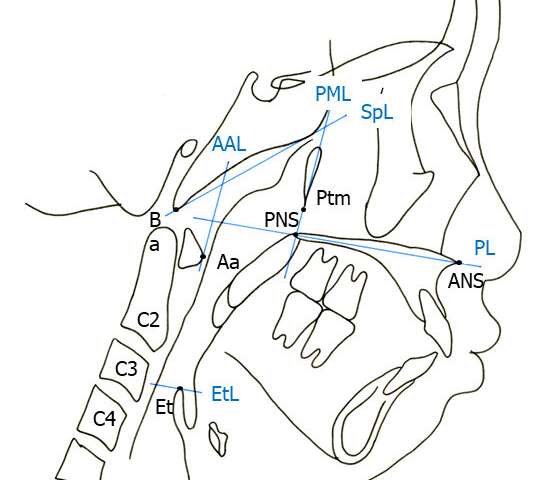 In the most thorough longitudinal study performed to date, X-ray images of children at five developmental stages between the ages of eight and 19 were carefully measured (Fig. 1 A,B). The researchers report that the adenoids and tonsils do not shrink significantly during the teenage years, which may reshape the guidelines for when an adenotonsillectomy should be performed to treat respiratory complications, e.g., obstructive sleep apnea (OSA).

Since 1923, when Dr. Richard Scammon first published graphs of growth patterns in the human body, it has been the medical consensus that the lymphoid tissues, which include the adenoids and tonsils, peak in size around 12 years old, and then shrink to reach their adult shape by about age 20. Now, a study by a team led by researchers at Tokyo Medical and Dental University (TMDU) challenges this belief, and reports that the adenoids and tonsils remain more or less constant in size from lower primary school through young adulthood. These results will be important for primary care physicians and orthodontists for determining when surgery is indicated. 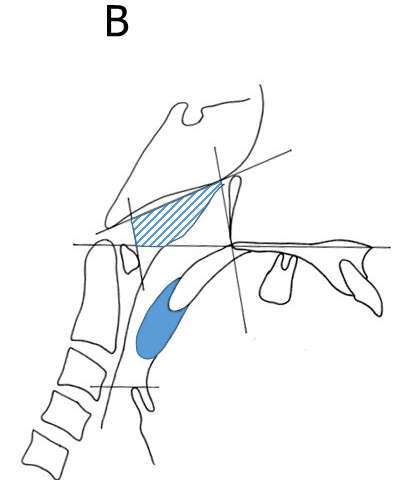 The researchers obtained lateral cephalometric radiographies, which are standardized and highly reproducible, from 90 samples (same individuals) from a database of 23,133 patients. For each individual, the adenoid and tonsil sizes were measured at five developmental stages: lower primary school (age eight), upper primary school (age 10), junior high school (age 13), senior high school (age 16), and young adult (age 19). The researchers found that the size of the adenoids and tonsils did not significantly vary among age groups, except when comparing the oldest with the youngest groups (Fig 2).

The previous understanding may have arisen because the surrounding regions of the throat also grow rapidly in teenagers. “We found that, in actuality, the airway itself grows bigger, making the fraction taken up by the adenoids and tonsils smaller,” says senior author Takashi Ono. The work, published in Scientific Reports, is titled “Patterns of adenoid and tonsil growth in Japanese children and adolescents: A longitudinal study.” 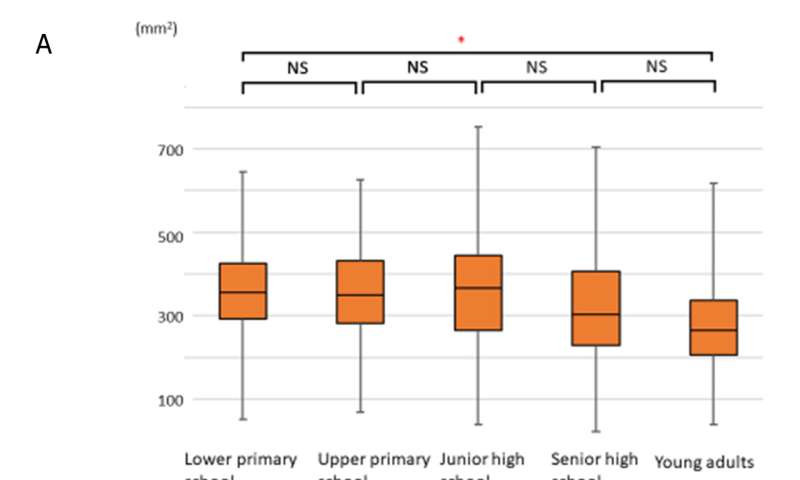 Get your sweat on with this 30-minute Zumba routine