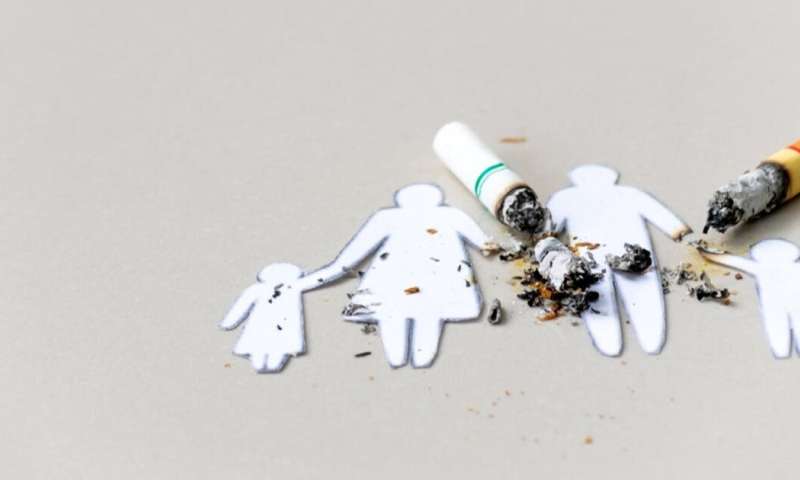 The damaging effects of smoking on our health are well known, and governments are curbing tobacco advertising to reduce the number of smokers. But, in Indonesia, the number of teens and adults who smoke continue to grow at a rate higher than any other country.

A World Health Organisation (WHO) survey of nearly 6,000 respondents found almost 60% of Indonesian teenagers (aged 13-15) are regularly exposed to secondhand smoke at home, and that only 24.5% of adult smokers believed smoking tobacco could cause serious illness.

To increase public awareness of the harmful and deadly effects of tobacco use and secondhand smoke exposure, and to discourage the use of tobacco in any form, the WHO and global partners celebrate World No Tobacco Day (WNTD) every year on 31 May.

Indonesia’s Health Ministry has carried out anti-smoking campaigns to reduce smoking; the latest was launched in 2018. But the campaign messages are not persuasive enough.

I argue that designing anti-smoking campaign messages based on tried and tested health communication theories will make the messages more powerful.

Anti-smoking campaigns in Indonesia are presented as public service announcements on national television and digital media. The Health Ministry launched the latest anti-smoking social media campaign with the hashtag #SuaraTanpaRokok, which translates as voices without cigarettes.

From my observation of #SuaraTanpaRokok, the campaign only focused on attitudes of fear and sadness to indicate disapproval of smoking and perceived risk of smoking.

The campaign tells stories of people who had cancer due to smoking, such as Zainal Arifin Nasution, who underwent surgery for laryngeal cancer, and Ranap Simatupang, who died from lung cancer. The campaign also shows the risk of smoking through images of lung disease.

We need a variety of approaches to designing health messages. Aside from the type of health campaigns the government currently uses, which highlight fear and sadness due to risks of smoking, several social influence theories can be used to develop compelling messages.

Health communication research has demonstrated that health messages that challenge people’s perception of social norms are effective in changing behaviour and in building people’s confidence to stop smoking.

Health campaigns on cancer, anti-smoking and HIV/AIDS awareness often use the theory of reasoned action developed by Fishbein and Ajzen (1975).

Based on this theory, persuading someone by targeting their attitudes and social norms can change their behaviours.

Take anti-smoking advertisements in the US, for instance, where campaigns often provide reasoned arguments or messages focusing on what other people think about smoking (social norms) or on individual attitudes toward smoking (personal attitudes).

In “Addicted Ashtray”, a girl who is addicted to smoking finds the cigarette vending machine is out of order. She then takes a half-smoked cigarette from an ashtray. This type of health message aims to show that smoking leads to disgusting behaviour.

This approach challenges someone’s attitude towards smoking because they would not want to associate themselves with the appalling behaviour presented in the campaign. This could also make smokers think about how their family and friends view smoking behaviour.

Anti-smoking advertisements can also attempt to influence attitudes by providing information about the toxic content of a cigarette.

Smoking is addictive, so quitting is difficult for those who are hooked. Designing campaign messages based on social cognitive theory might make people who are struggling to quit feel represented.

Based on this theory, when people see that the message is directed toward their behaviour, the message gains greater representational meaning. So anti-smoking campaigns might provide a story of someone who has quit smoking or is trying to.

We can also use the health belief model (HBM) to design anti-smoking campaigns.

HBM posits that an individual will make behaviour changes by assessing not only the risks of their behaviour but also barriers and benefits.

Anti-smoking campaigns can thus also focus on the benefits of not smoking. For example, the US Centers for Disease Control and Prevention give a list of health benefits of being smoke-free: you can enjoy a healthy heart, healthy lungs and lower risks of cancer and erectile dysfunction.

Lung cancer symptoms: The signs in your fingers or toes that could signal the disease